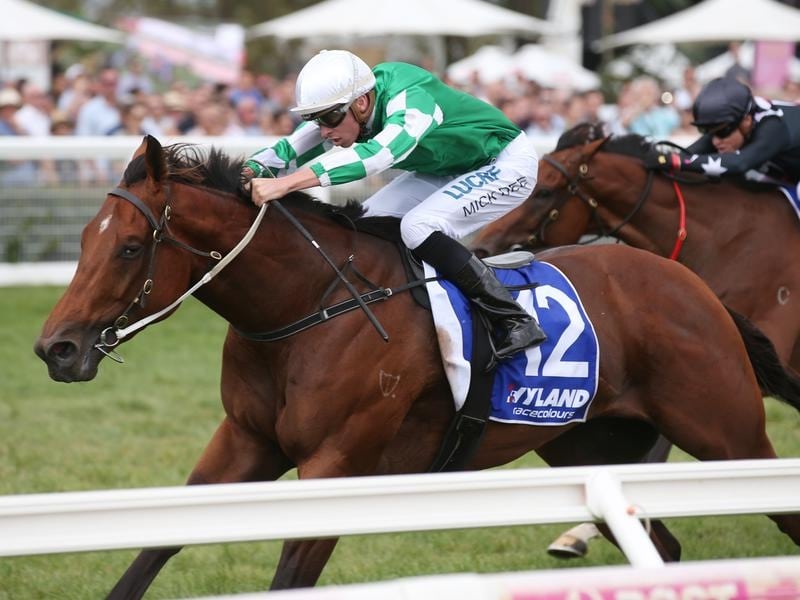 Mick Price has navigated Holy Snow through one stage of a plan to run in the Sir Rupert Clarke but the trainer will have to wait to know if he is successful with the second.

Holy Snow sits 19th on the ballot order for Saturday’s Group One which has a field limit of 15.

The four-year-old was given the all-clear to resume racing after trialling at Cranbourne on Monday.

He had an embargo placed on him after proving difficult to load when sixth in the PB Lawrenece Stakes at Caulfield on August 18.

“He’d turned into a very obstinate colt but he loaded up very good on Monday,” Price said.

“If he’s good enough, he’ll be out the back and motor home like he did in the Group Two earlier in the year.”

While Price plays a waiting game with Holy Snow, he has Oregon’s Day safely in the field.

The five-year-old has had two runs from a spell with her last start behind Humidor in the Group One Memsie Stakes on September 1.

Under Saturday’s handicap conditions she’ll carry 53kg, a drop of 4kg on the weight she carried last time.

“She worked on the course proper on Tuesday after working the reverse way with Seabrook on Saturday.

“She needs to draw a gate and have a bit of joy go her way, but her run in the Memsie was fantastic.

“I want to get her a Group One, so does everyone, so that’s what we’re after.”

Saturday’s run will be Oregon’s Day fourth shot at Group One level after two attempts in mares’ company in the autumn.

“She’s been beaten in Group One’s for a reason, she wasn’t quite good enough in Sydney, but we live in hope here.

“She’s hard fit, she’s sound, she’s fresh and she’s a beautiful mare to train but I can’t help her any more.”