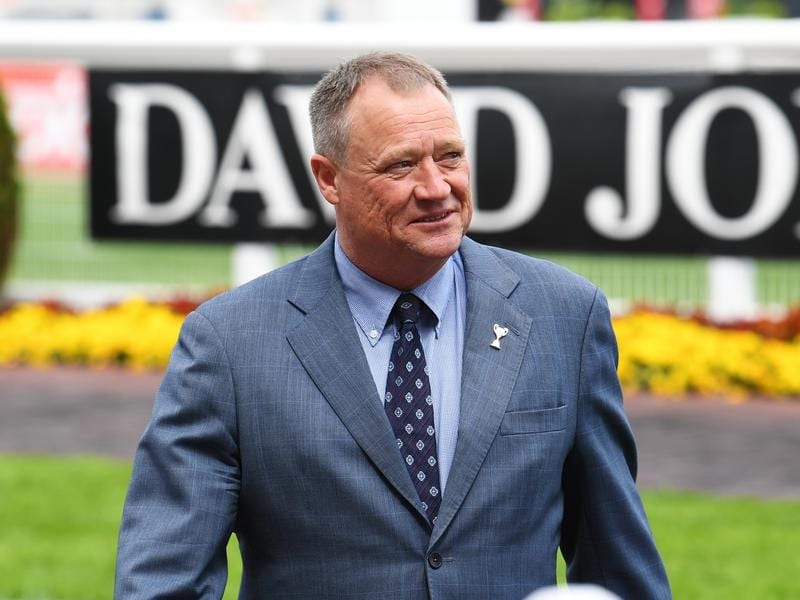 Trainer Tony McEvoy will calm down before deciding whether to continue expensive filly Just Zerene’s Queensland campaign after she was made an emergency at Eagle Farm.

Just Zerene is an $800,000 filly who was aiming to qualify for the $2 million Magic Millions 2YO Classic by winning Saturday’s Basil Nolan Jnr Handicap.

However, under a local rule in Queensland only 10 two-year-olds are allowed to run from the Eagle Farm 1000m start between August and February.

McEvoy said he was far from pleased when Just Zerene was made a second emergency for Saturday’s race and others would feel the same.

“I mean horses are trying to qualify for a Magic Milions. If the start is no good make it 1100m or they could have split the race into two heats,” he said.

McEvoy said he would not a make a decision in the heat of moment about whether to continue with the filly’s campaign in the north.

“I will wait until I have calmed down and spoken to the owners. We can also see if there are going to be any scratchings,” he said.

The situation has also led to calls for Magic Millions to run another Prelude race similar to Wyong at the Doomben midweek meeting before Christmas each year.