Hey Doc ready to light up The Valley 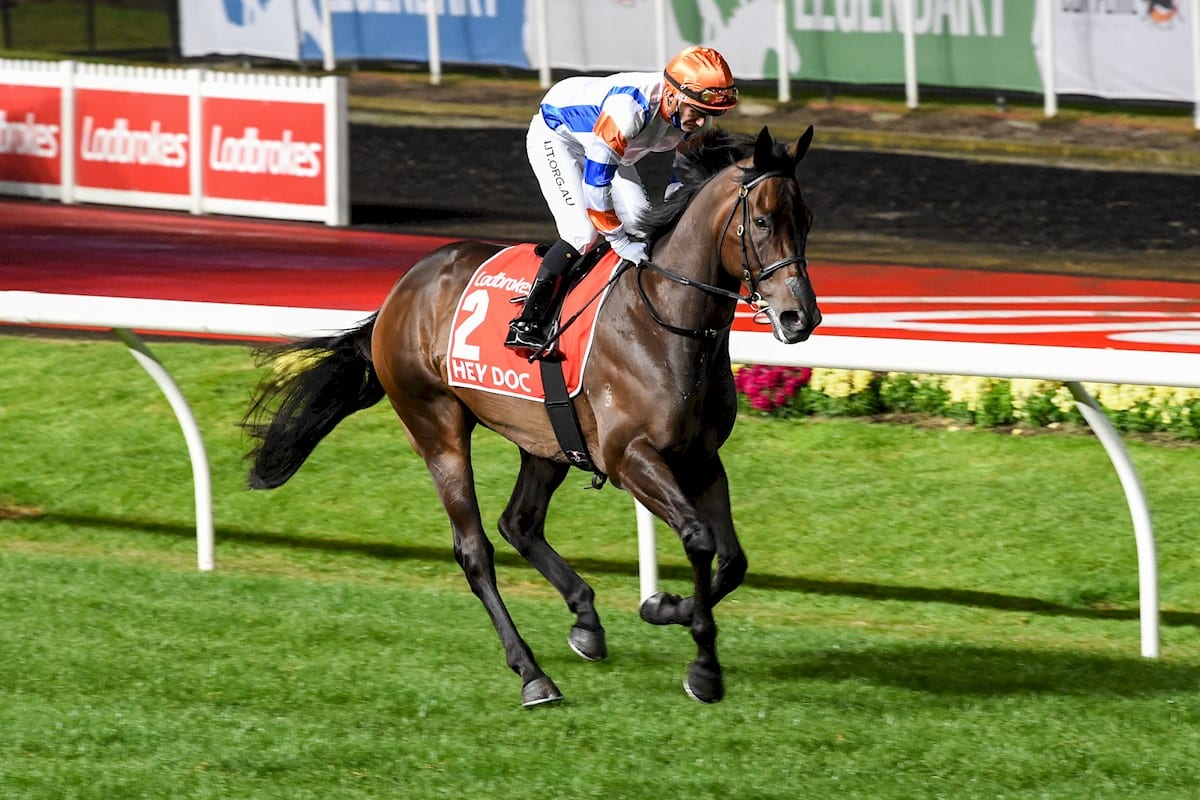 The Valley under lights and Hey Doc are a match made in heaven.

The Tony and Calvin McEvoy-trained sprinter will be chasing a fourth Valley victory under lights when he runs in Melbourne’s final Group 1 race of the season, the William Reid Stakes (1200m) on Friday.

Hey Doc rounded out his William Reid preparation with a gallop between races at The Valley on Saturday which pleased co-trainer, Calvin McEvoy.

“That was as good as he works here on his own,” McEvoy said.

“The older he gets, the more casual he gets, but with the crowd, and being back here, that is the reason I wanted to gallop him then rather than on Monday morning, to get that atmosphere into him.

“It was nice work, he’s run nice time and Luke (Currie) said he just blew out on the line, which we thought he would.”

Hey Doc has had one run since running fifth in the Group 1 VRC Sprint Classic at Flemington last spring which followed his second Manikato victory.

He beat only one runner home in the Listed Kensington Stakes (1000m) on February 27, but McEvoy said the race served its purpose.

“If we had gone to trial instead, I think we’d still be behind,” McEvoy said.

“With that gallop, I can give him another piece of work on Tuesday or Wednesday morning, just a bit of maintenance work, and I think he’ll arrive in really good order.

“He loves The Valley under lights, as do I.”