Hey Doc back on track after back injury 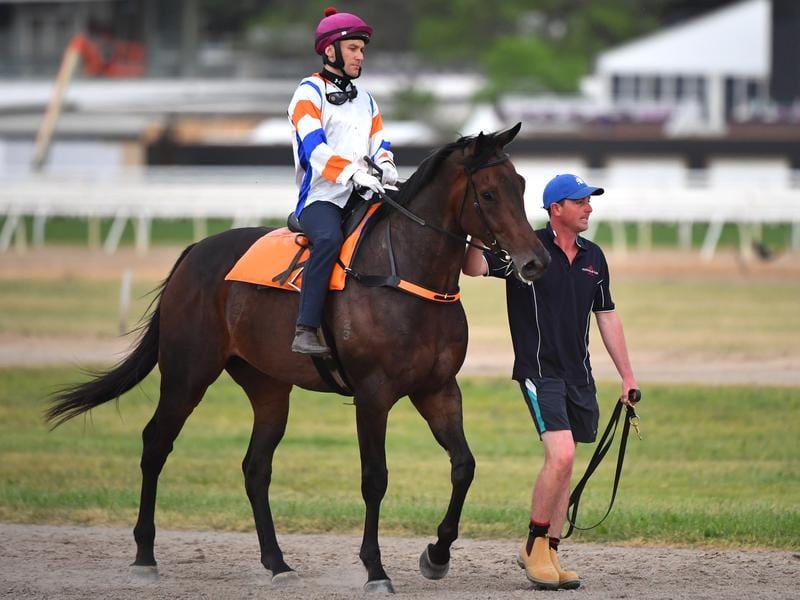 Multiple Group 1 winner Hey Doc has overcome a back injury that threatened his career and the sprinter is now set to compete at the upcoming Adelaide carnival.

Hey Doc finished last in the Group 1 William Reid Stakes (1200m) at The Valley on March 19 and it was feared he may have run his last race.

But after undergoing extensive tests, the Tony and Calvin McEvoy-trained galloper is set to run in the Group 3 R N Irwin Stakes (1100m) on April 17 followed by the Group 1 Goodwood (1200m) at Morphettville on May 15.

Calvin McEvoy said Hey Doc pulled-up very sore through his back after Luke Currie eased him down in the straight in the William Reid in which he was beaten seven and-a-half lengths by Masked Crusader.

“He was very sore through his back, from his pectoral muscles, all the way through to his lumbar and even his hamstrings,” McEvoy said.

“Luke thought he got galloped on after about a furlong, which he may well have done, but whatever it was, it put him right out in his back.

“We spent the first few days after the race with the chiropractor going right over him and getting him back into place, which he did.

“He released all that tension really well. He had a light week on the treadmill doing some light exercise and we’ve transferred him back to Angaston and we’ll train him from there for the Irwin into the Goodwood.”

McEvoy said there needed to be some excuse for Hey Doc’s poor performance, the first time he had performed poorly under lights at The Valley.

“What I saw in him, that was the biggest excuse you could get after seeing how sore he was coming out of that race,” McEvoy said.