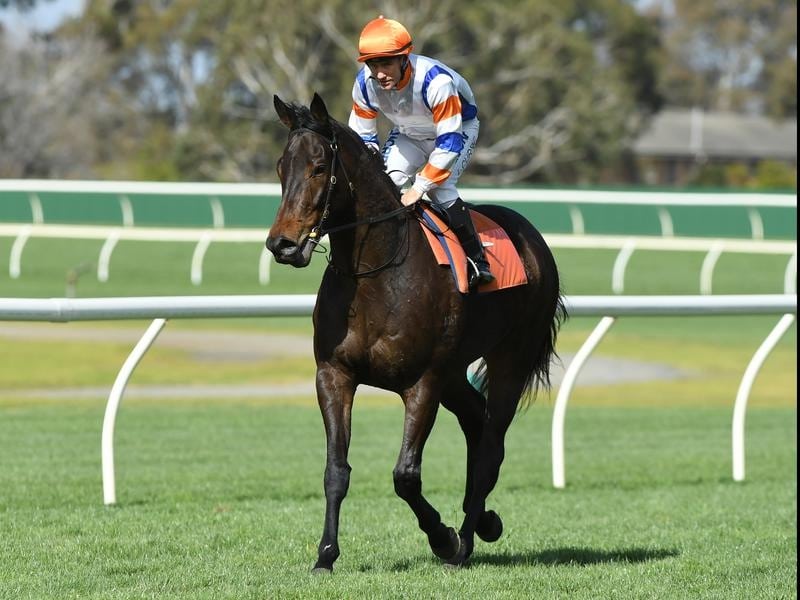 The barrier draw for the Carlyon Stakes has boosted trainer Tony McEvoy’s hopes that dual Group One winner Hey Doc can add to his unbeaten Moonee Valley run in his return to racing.

Hey Doc headlines a field of 13 for Saturday’s Listed 1000m race and has drawn barrier four with his regular jockey Luke Currie to ride.

“That looks perfect for him,” McEvoy said.

“Luke can just come out and sit there and he’s going to have a beautiful run.

“If others want to work around him that’s fine, but they’ll have to work and he’ll be cruising.”

He was posted $4.20 favourite in the TAB fixed odds market on Wednesday before easing slightly to $4.60 with Faatinah at $4.80.

A noted frontrunner, Super Too has the widest barrier and goes into the race off a 10-length barrier trial win in Sydney.

Hey Doc, who hasn’t raced since injuring pectoral muscles when unplaced in the Lightning Stakes in February, had a solid gallop on Monday at Moonee Valley and McEvoy does not believe 60kg is a concern.

His performance over 1000m, however, will determine whether he is sharp enough to go to the Moir Stakes next month.

“He’s forward enough to win a 1000-metre race and of course he’ll get better with the run,” McEvoy said.

Faatinah has barrier eight for his first start since a Dubai campaign earlier this year.

“He’s been working the house down,” co-trainer Ben Hayes said.

“He’s got a great fresh record and his work at Moonee Valley on Monday was great.

Godolphin trainer James Cummings says Bandipur has continued to train well ahead of his attempt at a third-straight win after victories in benchmark grade at Randwick and Flemington.

“He comes into this race with fitness on his side, but he’s certainly up against some classy opposition,” Cummings said.

“It should be a good guide to tell us where we’re at.”