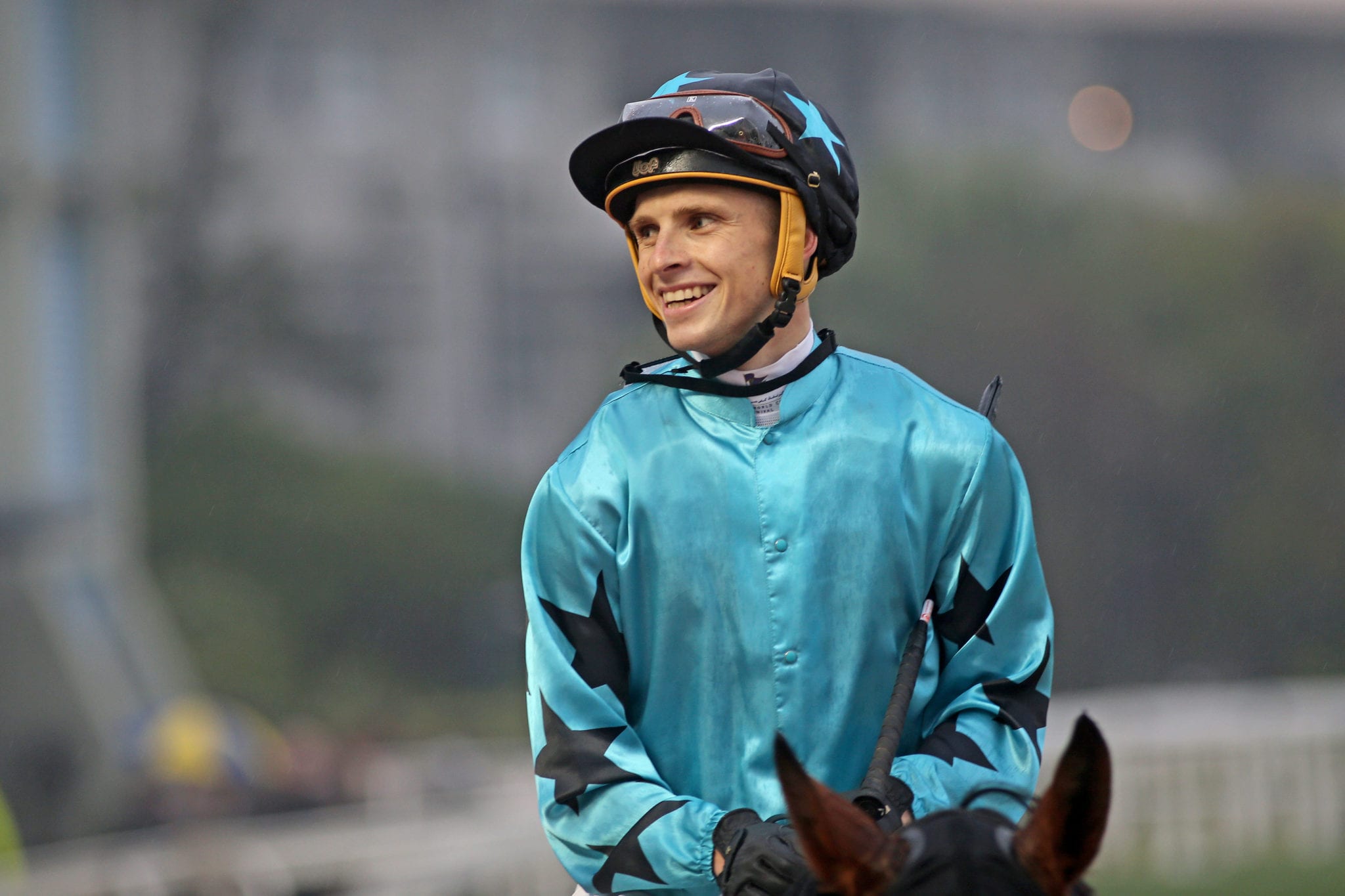 It was a long time coming but Lyle Hewitson got his first Hong Kong win at his 141st attempt thanks to a well-judged all-the-way win on Last Kingdom in the finale, the Class 3 Pak Tam Chung Handicap (1650m) at Sha Tin yesterday afternoon, (Sunday 29 December).

“It’s a cauldron of fire and if you’re not doing well you can burn to ashes,” Hewitson said of his time so far in Hong Kong. “I just carried on with my positive attitude and fortunately I found someone like Douglas who was prepared to give me the opportunity and put a lot of work into my riding and it really has paid dividends today.

“I’ve only had a short career and it’s only been success so this has been very humbling and I’ve learnt a lot from it, I can tell you, but I’m a better rider than when I won those championships. Now it’s just about making sure this winner opens the floodgates.”

Whyte had plenty of praise for the 22-year-old’s attitude, ability and work ethic.

“Hong Kong can be a very difficult place at the best of times and Lyle’s had a tough introduction but for me he’s been riding well and he’s given horses a lot of opportunities and he just needed an ounce of luck,” Whyte said.

“I’m happy to use him and I’m very fortunate that I have owners who are willing to give me a little bit of flexibility because everybody knows in Hong Kong when a jockey is not in form it’s very difficult to support them.”

Whyte’s smart start to his training career continued apace toady with a double, initited when Karis Teetan drove Falcon Turbo to victory in the Class 3 Luk Wu Handicap (1400m). The handler has saddled eight winners this month for 17 wins overall.

Matthew Chadwick had to do plenty of cajoling and correcting to get the best out of Fortune Brilliant in the Class 4 Tai Long Tsui Handicap (1200m). Paul O’Sullivan’s charge displayed plenty of greenness in what was his career debut but the penny dropped just in time for him to snatch a half-length victory.

Silvestre de Sousa had bagged only one win since a sparkling double on 1 December but ended a quiet month by his standards with a typical never-say-die win on Shining Gem in the Class 3 Long Ke Handicap (1200m). That gave him six wins so far for his mid-season stint and added a 28th success to the tally of trainers’ premiership leader Ricky Yiu.

The handler has his string in searing form and Alex Lai delivered a double for the stable, Mighty Giant (128lb) clinging on by a short-head from the closing Fantastic Show (118lb) to break his maiden in the Class 4 Tai Tan Handicap (1400m).

Keep Winning could just as easily be a clarion call to Michael Chang, who sits at the foot of the premiership. The gelding of that name forged clear under Derek Leung in the Class 5 Wong Yi Chau Handicap (1650m, dirt) to take the Group 1-winning handler’s total this season to five.