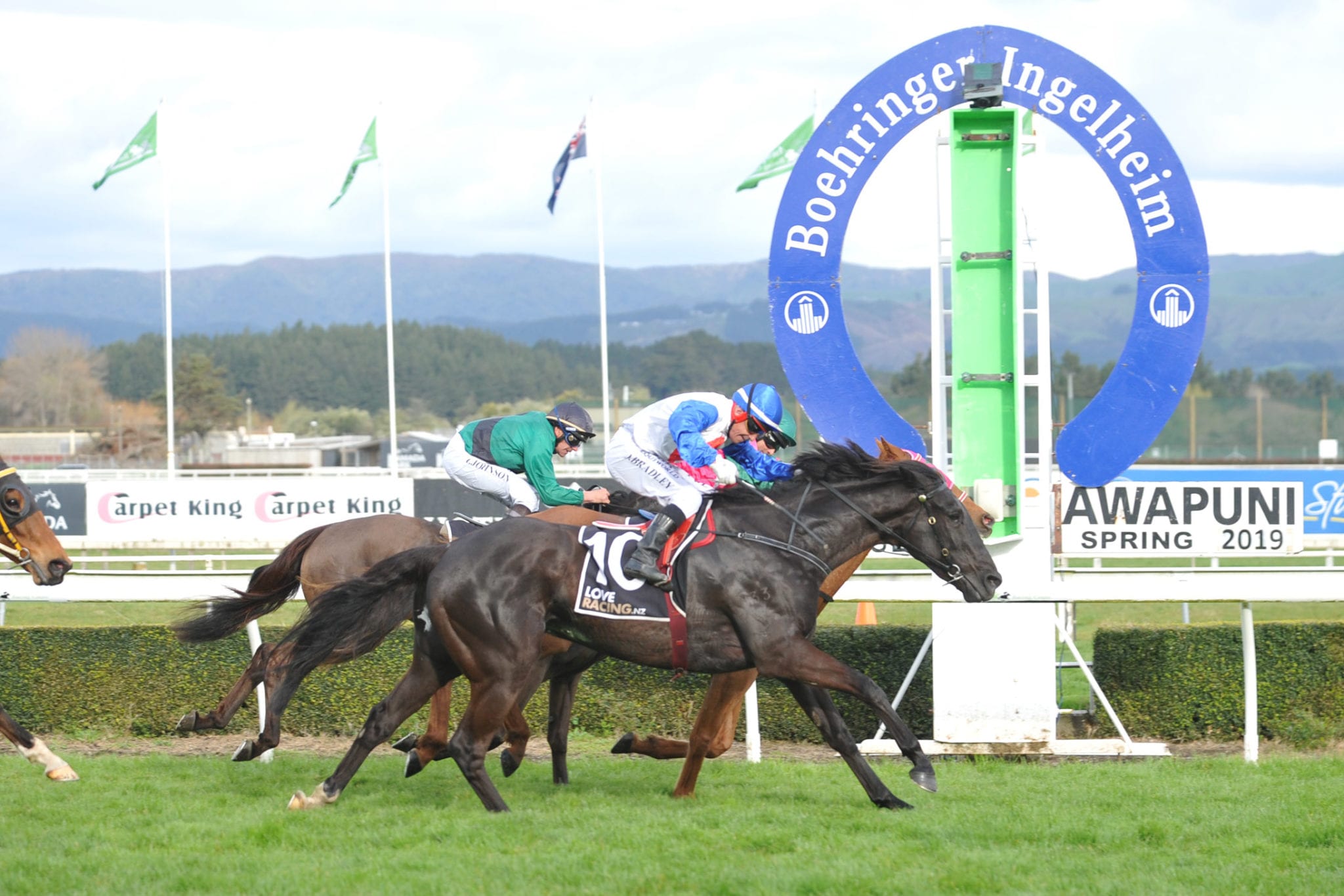 Talented winter galloper Herengawe came of age at Awapuni on Saturday when he out-toughed his rivals to score his first win at stakes level when he took out the Group 3 Boehringer Ingelheim Metric Mile (1600m). Bred and owned by talented jumps rider Isaac Lupton, the Joanne Moss-trained five-year-old has impressed as he has made his way through the grades since commencing his current campaign back in April.

After winning three of his first five starts in this preparation, he produced a determined run for third in the Listed Opunake Cup (1400m) behind Helena Baby before tackling the Group 3 Winter Cup (1600m) at Riccarton, where he finished a meritorious sixth behind eventual winner Dez. Runner-up finishes in his next two starts had the Zed gelding cherry ripe for his latest challenge and he didn’t disappoint, courtesy of a peach of an effort from rider Darryl Bradley.

Bradley had his charge in a handy position throughout before launching his bid early in the run home. Joined by the well supported Mauna Kea, the pair set down to a tooth and nail battle over the closing 200m that saw Herengawe thrust his head in front at the post to down his gallant rival with Dez fighting bravely on the inner for third.

Trainer Joanne Moss had left the raceday activities to her partner Lupton and had to settle for listening to the triumph as she slogged her way through milking duties on their three hundred-cow dairying unit back at home in Waverley. “I was in the middle of milking the cows when the race came on,” Moss said. “It was just like the old days before the television coverage. I will get to see the replay but from what I heard it sounded like a wonderful ride from Darryl and a pretty gritty effort. “He’s been a real revelation in this campaign as he just seems to be getting better and better.

“I wanted to put him out for a spell after he came back from Riccarton but he was doing too well. We gave him a trial and then a run at Waverley and he thrived. “Last time he ran second at Ellerslie and I thought that might be enough but he was bouncing around so much we decided to press on and try for this race so It’s wonderful that he has pulled it off.

“Isaac is there with him at the track so we might have a small celebration when he gets home but the cows will still need to be milked tomorrow morning so it won’t be too big.” Herengawe is the second foal of Germano mare Vim and has now won seven of his 18 starts and over $210,000 in prizemoney.