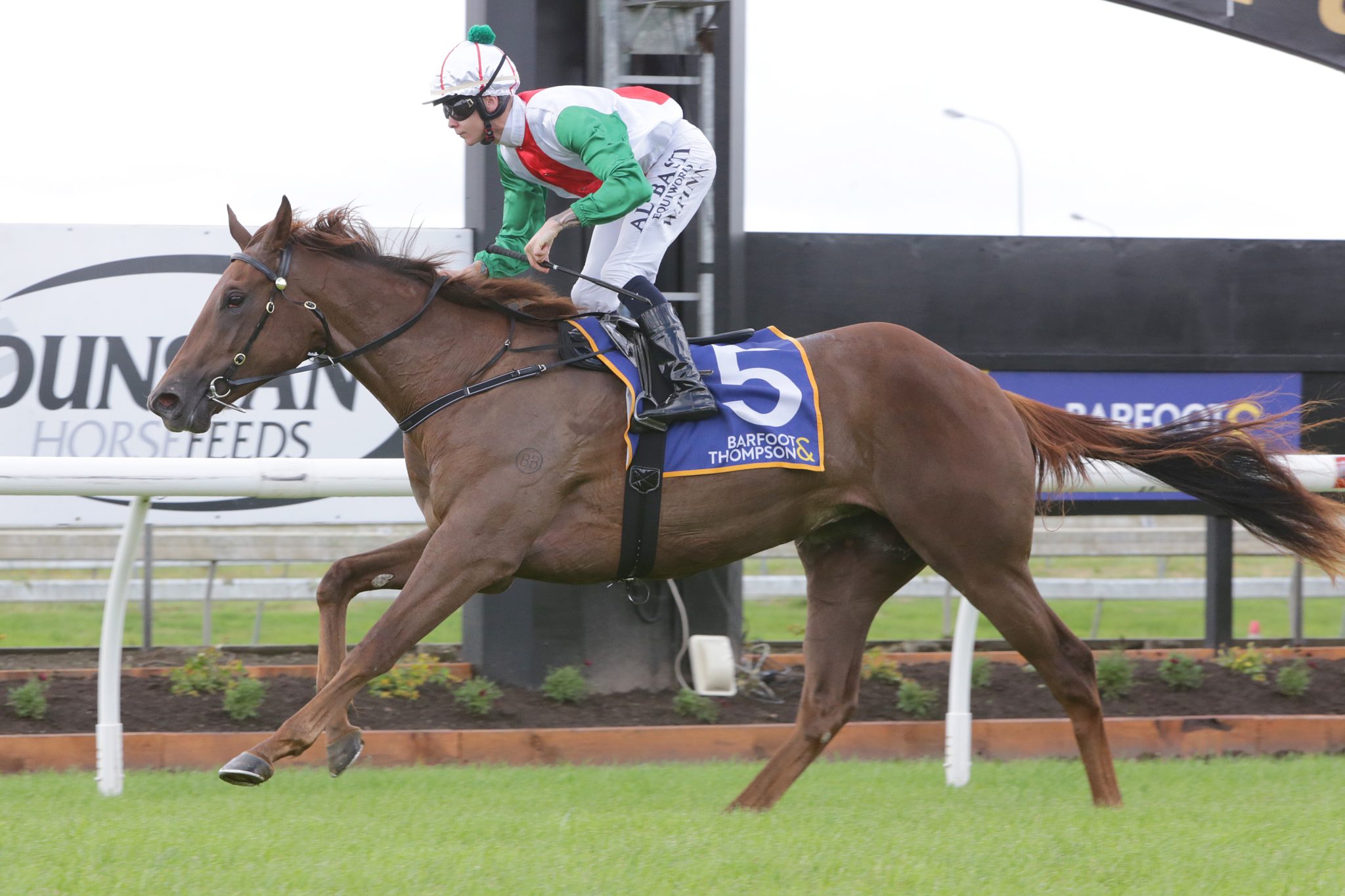 The winning roll by runners from the Andrew Forsman stable continued at Pukekohe on Saturday when promising filly Ethereal Star collected the first feature race on the day, the Listed Barfoot & Thompson Challenge Stakes (1100m).

The daughter of Snitzel and Group 1 VRC Oaks (2500m) placegetter Eleonora had caught the eye on debut at Te Rapa earlier in the month when making up good ground to finish second over 1000m.

The extra 100m of Saturday’s contest suited her down to the ground as she balanced up nicely on the Heavy 9 rated surface, after making the turn three wide, and charged to the line to win comfortably by two lengths from the late closing Balance Of Power.

Forsman was delighted with the way the filly coped on the Heavy track, with the win comfortably qualifying her for the $1 million Karaka Million 2YO (1200m) at the venue on January 21.

“You are always nervous when the track is the way it is and you don’t know whether they are going to handle it, but there were only seven runners and black type was up for grabs,” Forsman said.

“She was going to go for a spell whatever happened, so it was great to see her win like that.

“Provided she comes through this well, she won’t need another run before the Karaka Million.”

Rider Wiremu Pinn, who picked up the mount after Ryan Elliot withdrew from his rides on the day, was critical of his own performance but taken by the way Ethereal Star found the line in the run home.

“She is a really nice horse as I didn’t do her any favours being out three wide, with no cover,” he said.

“Just from that sticky gate (6) she jumped too well to go back and get cover and going forward would have left her vulnerable, so full credit to her.

“She travelled well all the way and I think she will be even better on top of the ground, as she has won with a bit of authority today.”

Bred by Lib Petagna under his JML Bloodstock banner, Ethereal Star was a $600,000 purchase out of the Blandford Lodge draft by Forsman in conjunction with agents Andrew Williams and Bevan Smith during the Book 1 Sale at Karaka in March.

She comes from an extended family that includes multiple stakes winner Supera and is the great granddaughter of the four-time Australian Group One winner Ethereal.

Her win takes her to the top of the qualifying table for the Karaka Million, ahead of a trio of Mark Walker-trained runners in Rhetorical, Balance of Power and Viva Vienna.