Heathcote Looks To Another Gun 2yo 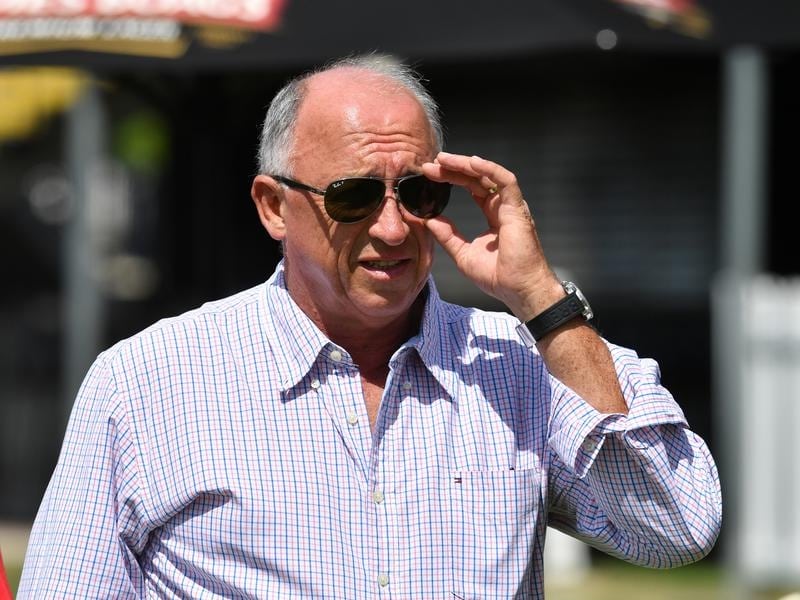 Another chapter in one of the longest running success stories in Queensland racing will be written when two-year-old Guntantes makes his debut at Doomben.

Guntantes is the second-last foal of the prolific producer Cantantes and it isn’t a surprising leading trainer Robert Heathcote has a soft spot for the late mare.

Cantantes won two races for Heathcote in the late 1990s and has continued to make her mark as a broodmare.

Cantantes has also produced a string of other winners including Notre Amour, Khaaptentes, Brilliantes, Kingtantes, Remembering Frank and Alle Vongole.

In all, her progeny have won 40 races and about $1.1 million prize money.

Cantantes died in February and her last foal is a filly by Rothesay.

Guntantes will contest the first two-year-old colts and geldings race of the Brisbane season over 1050m at Doomben on Saturday and Heathcote is excited about his prospects after a winning barrier trial.

“We lost Cantantes earlier this year and she might have left us something a bit special,” Heathcote said..

“His trial win at Doomben two weeks ago was very good and he looks a ready made two-year-old.

“Everyone says it but it is true and you do have to be cautious when talking about two-year-olds but I am looking forward to Saturday.”

As is the case with all of Cantantes’ progeny, Guntantes is raced by Heathcote’s wife Vicky.

She races Guntantes in partnership with Heathcote’s long-time owners Bruce Harry and Rob Ciobo who have been in many of his top horses including the champion Buffering.

“We have the weanling filly out of Cantantes so the story isn’t finished just yet, just drawing to a close,” Heathcote said.