Hayes Has Cups Aspirations For Jaameh 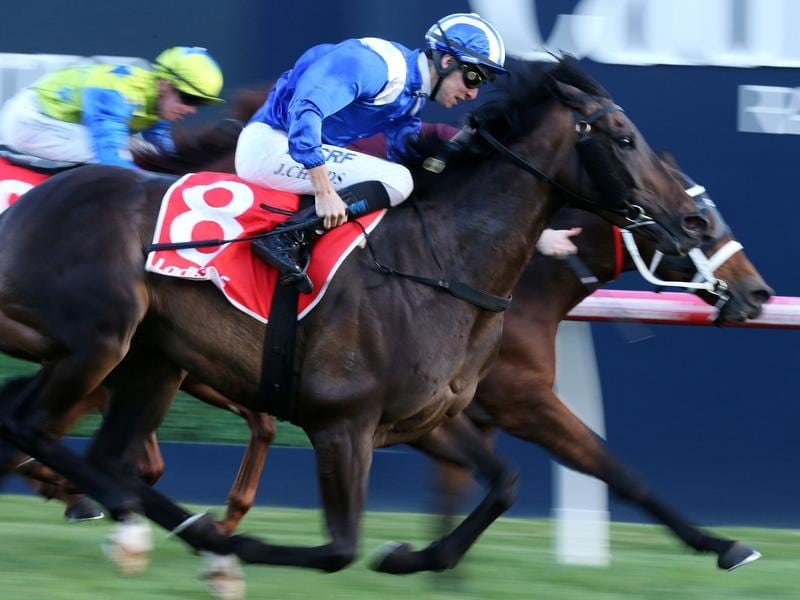 Jaameh still has plenty of work to do to be a player in the big spring Cups but Hall of Fame trainer David Hayes believes the imported stayer has the right credentials.

The rising six-year-old makes his reappearance in Saturday’s K A Morrison Handicap (2000m) at Flemington after making a winning introduction to Australian racing with victory over the same distance at Caulfield in late April.

Jaameh’s current handicapper rating is 84 and Hayes is looking for the gelding to boost that towards 100 in the coming weeks as he and his co-trainers have aspirations to target spring features.

“He’s run into a good race for a handicap in July but we’re just hoping to get a win or two to get his rating up.

“I think to win in his Australian debut like he did over 2000 metres, you’ve got to be pretty good.

“I think he’s got similar credentials to Fraar or Tawqeet at that early stage.”

Hayes said Jaameh had a “working holiday” after his only Australian appearance at Caulfield where he hit the line strongly between horses to win the benchmark-84 race by a head.

The TAB has Jaameh at $34 in its Caulfield Cup market.

Jaameh was at $14 on Friday for Saturday’s race which will provide a good measuring stick against a field headlined by the Darren Weir-trained imports Sixties Groove and Pacodali.