Hayes Expects Trio To Be Competitive In G1 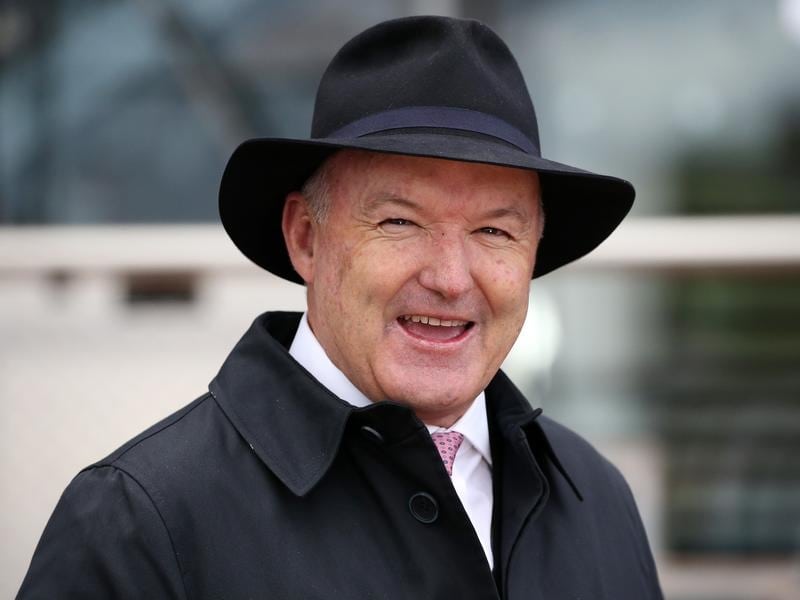 Sovereign Nation is one of three horses returning for a second crack at the Group One Sir Rupert Clarke Stakes and his co-trainer David Hayes is hoping the sprinter-miler will fire fresh.

Hayes’ Lindsay Park team has at least three runners in Saturday’s 1400m handicap at Caulfield including Sovereign Nation who finished fourth last year before running second in the Toorak Handicap.

Along with Sovereign Nation, the Anthony Freedman-trained Mr Sneaky and Darren Weir-trained Land Of Plenty are also having their second attempt at winning the Rupert Clarke after finishing second and eighth respectively in 2017.

With two wins and a second from five first-up attempts, Hayes was convinced the best approach was to target Sovereign Nation at the race first-up.

He ran last year off a seven-week let-up.

“He’s an amazing horse fresh. So we thought we’d save him for this first-up,” Hayes said.

Sovereign Nation was at $26 on Thursday, the same as stablemate Fastnet Tempest while fellow stablemate Miss Gunpowder was $34.

Tulip is fourth emergency and needs three more scratchings to gain a start, with Widgee Turf the lone withdrawal on Thursday.

“I think they will all be very competitive.

“In a race like that luck in running will play a big part.”

Fastnet Tempest is a Listed winner over the course and distance last preparation and Hayes was delighted with his fourth to Night’s Watch first-up on September 1.

“He finished alongside Muraaqeb and Muraaqeb went up and won well in Sydney last week,” Hayes said.

Miss Gunpowder has raced through winter and Hayes said she was very fit and on the limit weight.

“‘She’ll race on the speed, make her own luck and she’ll run well,” he said.

Mr Sneaky’s assistant trainer Sam Freedman believes he is just as well as 12 months ago when he was narrowly denied by stablemate Santa Ana Lane.

Last-start stakes winner Land Of Plenty is in his second preparation with Weir after being trained by Grahame Begg last spring.

He is second favourite for the first of his two Group One spring targets, with the Toorak the other.

“He’s a bull (entire) so it would be important if he could win a Group One,” Weir said.