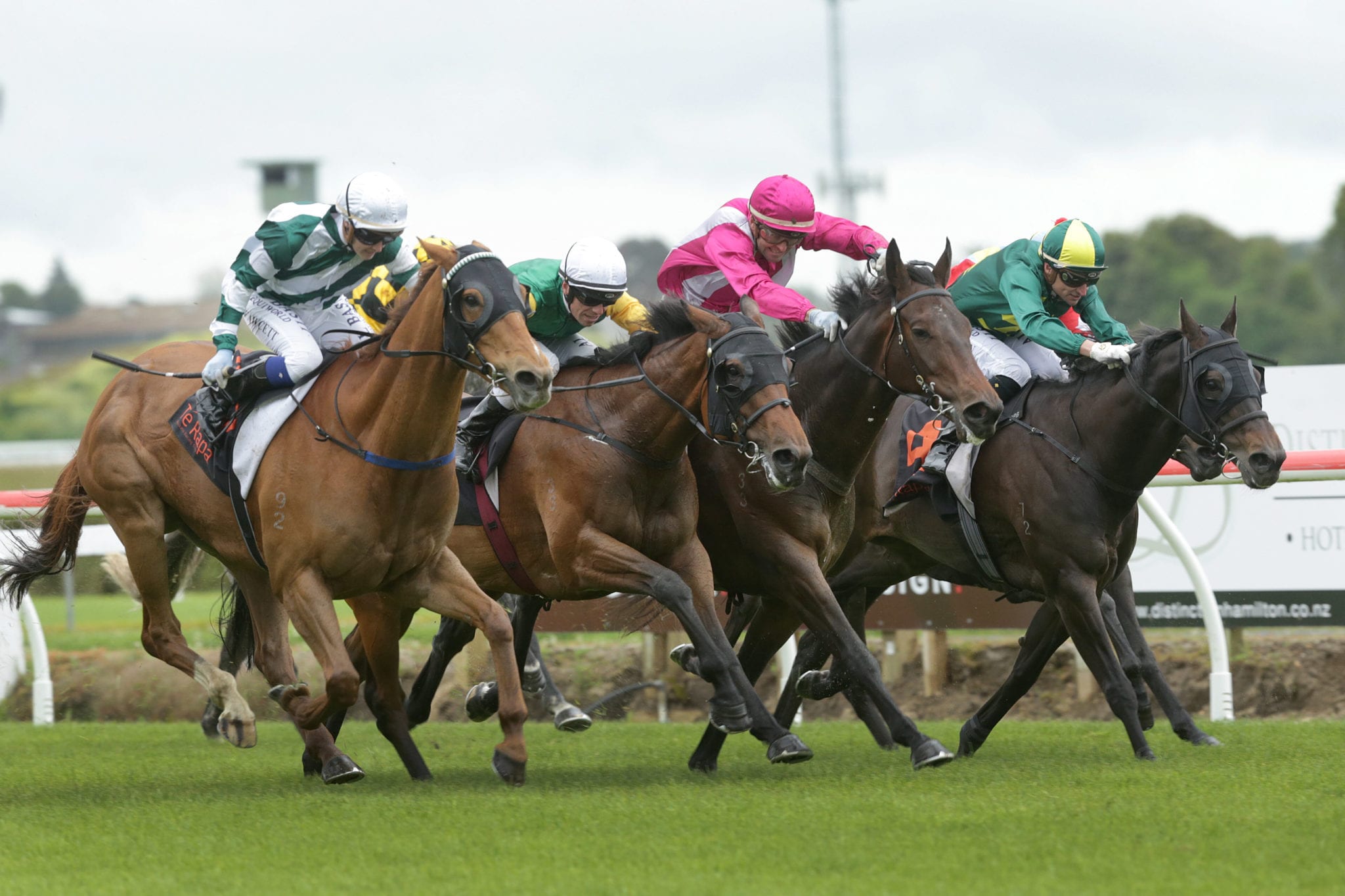 Outsider Hay Tiger sprang a minor upset at Te Rapa on Monday when he prevailed in a blanket finish to the BCD Group-sponsored open handicap (1600m). The Glenn Old-trained seven-year-old came into the race off the back of an unlucky ninth in the Listed Matamata Cup (1600m) on his home track with punters happy to see him start at $19 on the tote, in a market that saw Group 2 Coupland’s Bakeries Mile (1600m) candidate Concert Hall installed a $2.70 favourite.

A slight downgrade in track conditions to a Dead5 following persistent showers played in Hay Tiger’s favour as rider Jasmine Fawcett moved her charge into a challenging position with 400m to run before asking for a final effort 200m from home. With six horses stretched across the track Hay Tiger hit the front and held off a desperate late challenge from fellow outsider Cutting Up Rough with the unlucky True Enough, who was starved for room for the majority of the run home, finishing fast for third.

Fawcett was wearing a beaming smile as she made her way into the Te Rapa birdcage to a cacophony of cheers put up by members of the Hay Tiger Syndicate who own the Tiger Prawn gelding. “He’s a very genuine horse who always finds the line really well,” she said. “I was going to go forward but there was a lot of speed on so I had to sit back and he ran home huge. “He got held up last time and never got a run at them so I knew he was well coming into today.”

Old was delighted to secure the victory after his last start misfortune but wasn’t that confident leading into the race. “He had no luck at all last time but we were a wee bit worried about the strong field today,” Old said. “He had no weight on his back (53kgs), had freshened up well and is just such a very honest racehorse.

“We actually thought he had run second so it’s a bonus to get the win. “I think we will have a look at the 2000m weight-for-age race at Ellerslie next Tuesday now. “He’s a fun horse so we will have a crack at that and see what happens.” Old was referring to the Group 3 OMF Stakes (2000m) that will be run at Ellerslie on November 5.