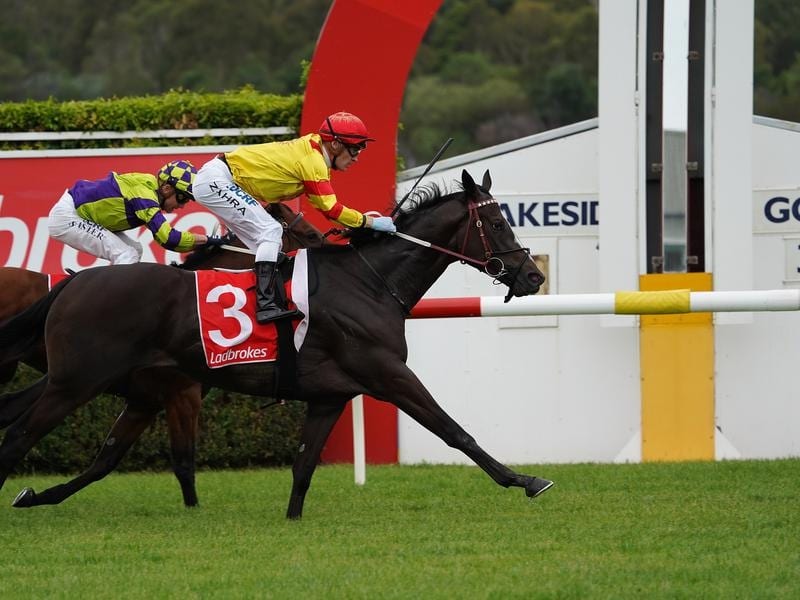 Despite giving jockey Mark Zahra a difficult ride, three-year-old gelding Hawkshot has shown his raw ability with a fast-finishing win at Sandown.

The Darren Weir-trained Hawkshot refused to relax back in the field in Wednesday’s Le Pine Funerals Handicap but still managed to sprint past his rivals at the business end of the 1200m race.

Zahra said being able to win despite doing so much wrong was the sign of a promising horse but insists Hawkshot’s racing manners need to improve if he is to progress to better three-year-old races.

“In his defence they walked, but he makes life tough,” Zahra said.

“I even said before the race we just wanted his manners to be good, no matter where he ran.

“The problem is they crossed him early and then walked and the minute you’ve got to grab him back a little bit, he was not having any of it.

“To still finish off doing all those things wrong is the sign of a smart horse but we’ve just got to get the first part right.

“You can’t behave like that and go up in level, so we just need to get that first part right.”

Hawkshot picked up quickly between runners in the straight to hit the front at the 100m before going on to beat Expansion ($21) by a long head with a length to Halvorsen ($7) third.

The favourite More Sundays ($2.45), a colt by Fastnet Rock out of eight-time Group One winner More Joyous, started to make his run on the outside in the straight before finishing fifth.

“He let down well at the 400-metre mark and then probably just ran out of puff the last 200 but I think he’ll just improve in fitness,” his jockey Jordan Childs said.

Another three-year-old who looks to have upside is the Matthew Ellerton and Simon Zahra-trained Age Of Chivalry ($5.50) who posted a 1-3/4-length Maiden win in Wednesday’s Blue Star Print Plate (1200m) in his third career start and first since September.

“He’s got plenty of upside and I think once we step him up over a bit of ground and he learns what to do he will be a nice horse.”