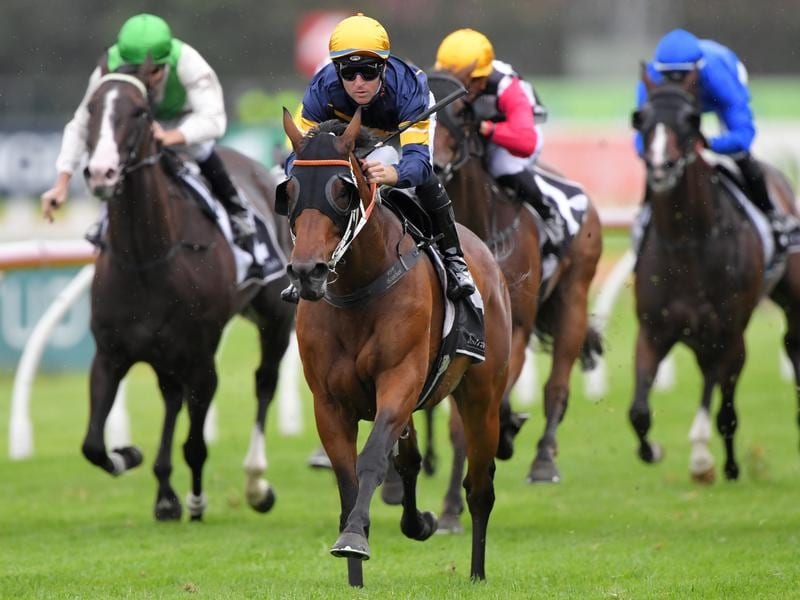 Two gifted stablemates can put themselves on a path towards bigger carnival targets when they step out in separate races at Rosehill.

Burgeoning staying talent Master Of Wine will face his first Group test in Saturday’s Sky High Stakes (2000m) while Rock gets a chance to confirm his Doncaster Mile claims in the Ajax Stakes (1500m).

Master Of Wine is showing the benefit of a patient approach from the Hawkes training team which is gearing him towards the Caulfield and Melbourne Cups in the spring.

After winding up his most recent campaign with a Listed win, the horse showed surprising sharpness to land a breathtaking first-up victory over an unsuitable 1400 metres at Randwick last month.

“He won really well first-up and obviously this is his next test,” co-trainer Michael Hawkes said.

“He is well in at the weights, he’s improved, he’s going well and he’s drawn OK.

“It’s a bigger field but he’s definitely up to it.”

Hawkes likewise has a good opinion of Rock, the winner of the Cameron Handicap at Newcastle in September before wet tracks thwarted his spring.

The stable rated him highly enough to run him in the Group One Epsom Handicap and Cantala Stakes and have set their sights on the Doncaster Mile this time around.

“The poor bugger had no luck in the Epsom. It rained, he ran fifth and his wheels were spinning,” Hawkes said.

“We then decided to have a throw at the stumps in the million-dollar race in Melbourne. It rained again and he just hates wet tracks.

“I believe if it had have been a decent track on one of those occasions, he’d have won.

“He’s definitely got the ability, he lines up, he’s drawn barrier three. Truth, he’s going to be hard to beat.”

Rock will be joined in the Ajax by enigmatic stablemate Desert Lord who is looking to bounce back from his unplaced effort in the Newcastle Newmarket.