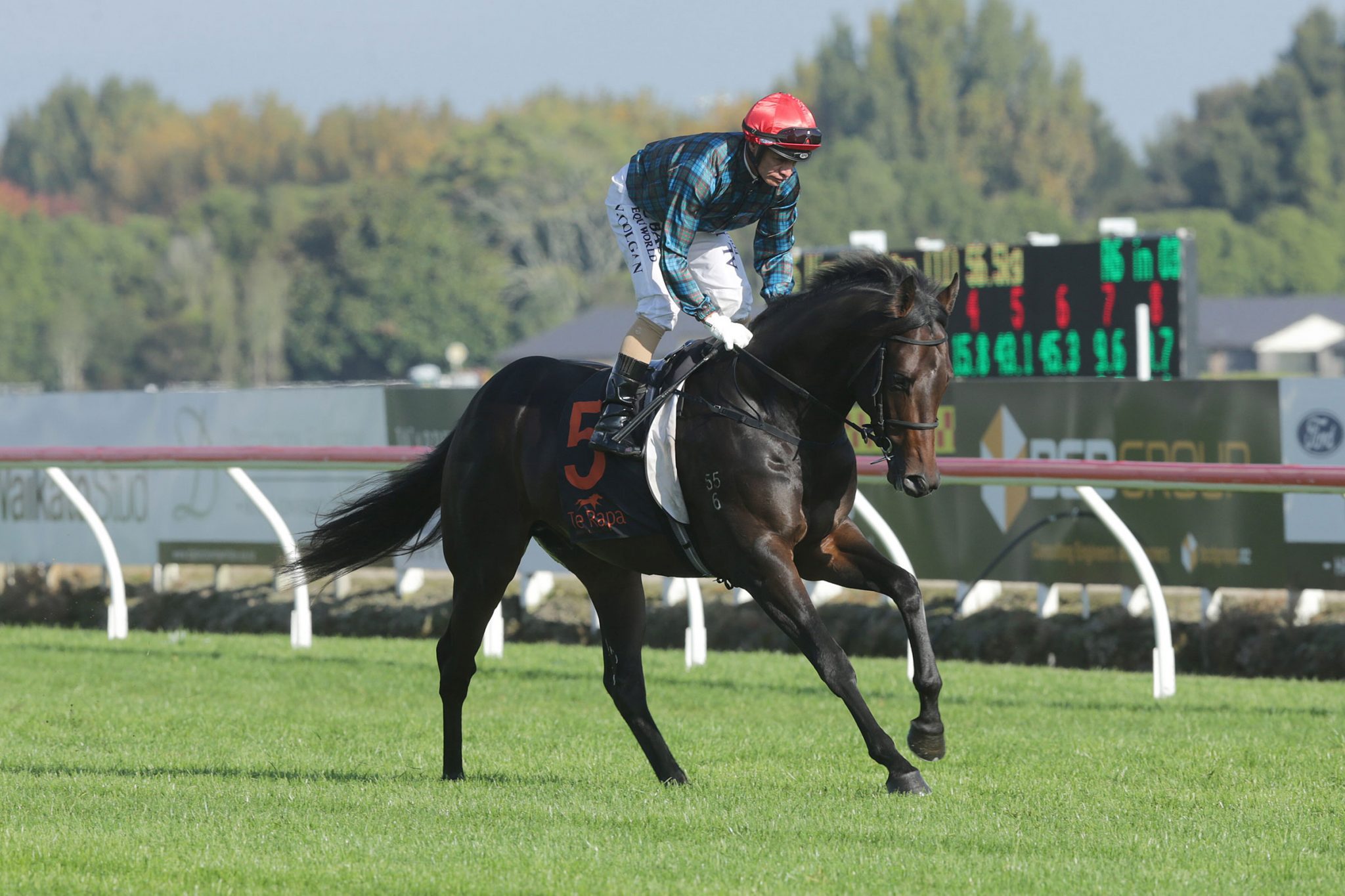 A return to Group One company is imminent for Harlech after his pleasing return to New Zealand racing at Te Rapa last Saturday.

The son of Darci Brahma had been racing out of co-trainer Michael Moroney’s Australian barn over the last year, with his highlight being victory in the Benalla Cup (1406m) last October.

The decision was made for the five-year-old entire to return to Moroney’s Matamata barn and target the Hastings Spring Carnival under the guidance of his New Zealand co-trainer Pam Gerard.

Initially set to have hit first-out in a trial at Taupo, their postponement led to his start in the Group 2 Foxbridge Plate (1200m) on the weekend where he finished a meritorious fourth.

“I was really happy with his run,” Gerard said. “It wasn’t initially a target for him but with the trial being put off at Taupo it didn’t leave us too much of a choice.

“It was a distance well short of what he needs so I thought he got home very strongly.”

Harlech will now head to Hastings over the next month to target the Group 1 Tarzino Trophy (1400m) on September 18 and the Group 1 Windsor Park Plate (1600m) on October 2, with a decision yet to be made on whether he will contest the final leg, the Group 1 Livamol Classic (2040m) on October 16.

“He will definitely head to the first two, but it is always hard to go down there every two weeks,” Gerard said.

“He is pretty well-travelled and has had three runs under his belt in Melbourne already.

“He has probably got a bit more stamina in him than others may have. We will just take it one race at a time and see how we go.”

After racing on Saturday, Harlech will bypass the Taupo trials on Wednesday where stablemates Dragon Biscuit and Roch ‘N’ Horse will have their first hit-outs for the season.

“It is a good chance for them to have a nice hit-out and day away,” Gerard said.

“We will see how Dragon Biscuit trials up. He may look at Hastings on the first day in the El Roca (Listed, 1200m).

“There are no concrete plans for Roch ‘N’ Horse. We will be looking to hopefully knock off some of the nice sprints over summer. We will just wait and see how she trials tomorrow before we see where we go.”

Gerard will take a racing team of two to Taupo’s meeting on Wednesday, including Quartz Queen in the Per Incanto Proven @ Little Avondale Stud (1200m), and debutant Sassy Merlot in the Matamata Veterinary Services (1100m), however the latter is a doubtful starter.

“Unfortunately we have drawn a bit wide (11) with Sassy Merlot. I don’t mind the filly and she has trialled up really nicely,” Gerard said.

“I will have a chat with Mike later on about whether starting there is the best option or whether we wait another week.”

Looking ahead to weekend racing, Gerard is set to have two runners at Te Rapa on Saturday, including debutant Halston in the Fairview Motors 1200m, and lightly-race mare Tevere in the Cal Isuzu 1200.

“Halston is a nice, big three-year-old gelding that has shown us plenty of ability,” Gerard said.

“I don’t think we will see him at his best until he is up over a bit more ground. I think he is a bit vulnerable at Te Rapa on Saturday, but it is a good place to start, he has trialled well there.

“Tevere had a little break after her last start. She had a couple of weeks at home to let down and relax a little bit. She has worked up very well and I am really happy with her.

“Hopefully we can get a nice draw, get a nice run, and then we can make some plans for the summer.”