Dragon Queen after Group One crown 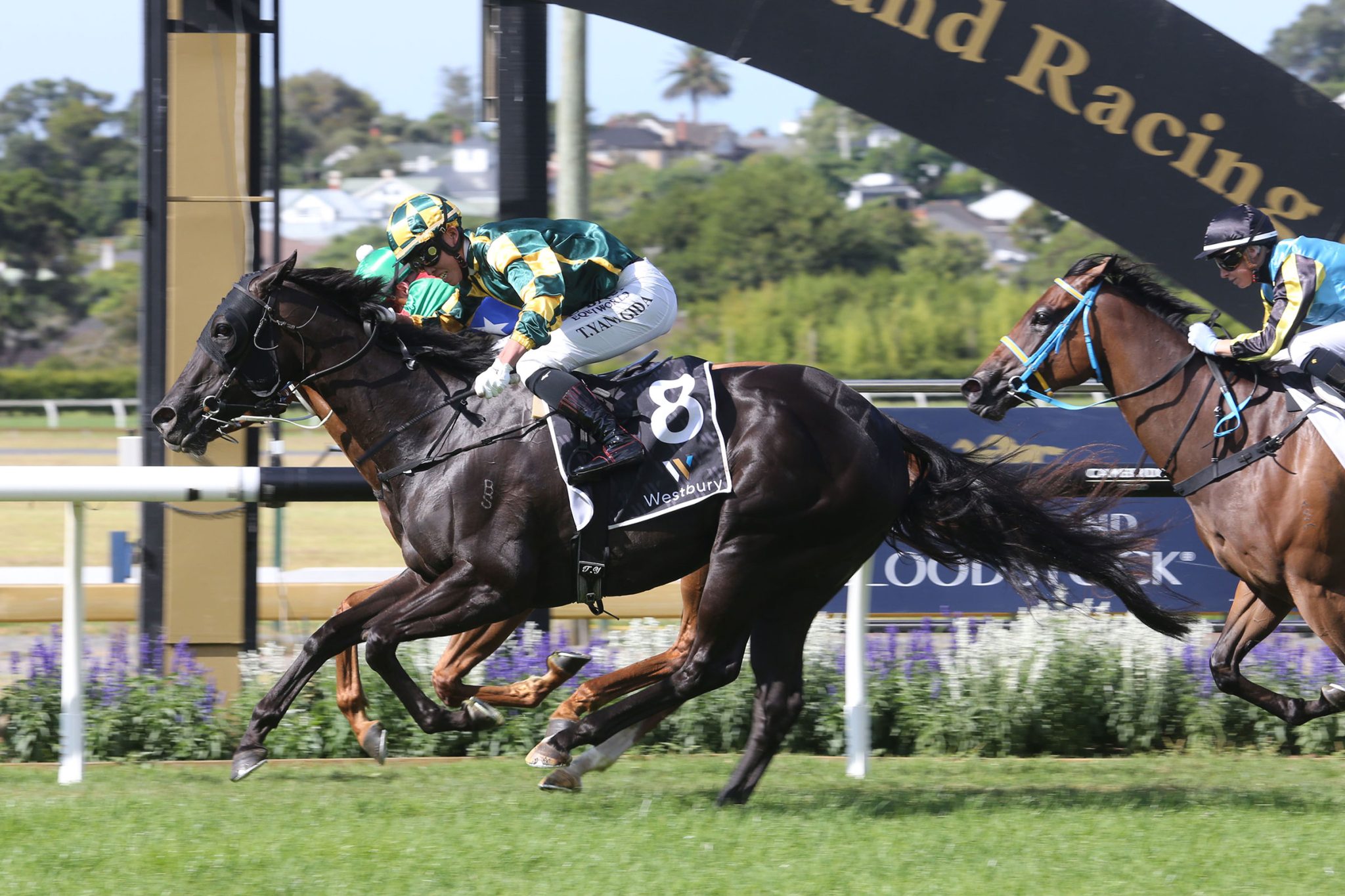 Talented New Zealand mare Dragon Queen will be given her chance against the best in the country in Saturday’s Group 1 Fiber Fresh New Zealand Thoroughbred Breeders’ Stakes (1600m) at Te Rapa.

The field for New Zealand’s final Group One race of the 2021-22 season is shaping up to be a strong one, with horses such as Two Illicit, Imperatriz, and Coventina Bay set to be present.

But Pam Gerard, who trains Dragon Queen along with Michael Moroney, said her mare wouldn’t be out of place.

“Obviously it’s a bit of a step up, but it’s getting near the end of the season so it’s worth a crack,” Gerard said.

“The weight-for-age conditions are a bit of an issue; she’s only a small thing, not a big framed mare, and she’s only a four-year-old, so it’s never easy for them. There’s some nice horses in there but she’s not too far off them I feel.”

Dragon Queen showed plenty of ability at three, her best efforts including third in the Group 3 Sunline Vase (2100m) and fourth in the Group 2 Auckland Guineas (1600m).

This season she scored her first black type victory in the Group 2 Westbury Classic (1400m) at Ellerslie, and also added a third-place finish in the Group 2 Rich Hill Mile (1600m).

“She loves going right-handed and loves Auckland. She grows another leg up there. We were lucky that we got a couple of nice races up there,” Gerard said.

“But she has also raced well at Te Rapa (she finished second to Bankers Choice in a Rating 74 event in December). She’s just a tough filly that never stops trying.”

Also headed to Te Rapa on Saturday is good three-year-old filly Sassy Merlot, who hasn’t raced since disappointing in the Listed Mufhasa Stakes (1400m) at Ellerslie on March 5.

Prior to that she had finished second to La Crique in the Group 3 Desert Gold Stakes (1600m) and third to Shamus in the Group 2 Wellington Guineas (1400m).

Gerard said she would run in a three-year-old event over 1200m as a prelude to the Group 3 Cambridge Breeders’ Stakes (1200m) back at Te Rapa on April 30.

“It would have been a long time to be out if we had turned her out after Ellerslie, so we thought it was worth dropping her back in distance and keeping her sprinting,” Gerard said.

“These two runs will probably be it for her for the season, though if she was to go super well in these races there’s always the option of Brisbane.”

Gerard said the team was mostly focused on young horses in New Zealand at the moment, though the seven-year-old On The Rocks is being set for the Group 3 Easter Handicap (1600m) at Pukekohe on April 23 following his win at Rotorua last Saturday, the first victory for the former Group One winner in more than two years.

Plans are a little more uncertain for Tevere, who disappointed when finishing near the tail of the field in the Listed Flying Stakes (1400m) at Awapuni earlier this month.

“It was her first trip away and the pace didn’t quite suit her, she was never really on the bridle. We may drop her back in class for her next start,” Gerard said.

After the Group 1 Telegraph (1200m) runner-up shocked Australians when winning the Group 1 Newmarket Handicap (1200m) at long odds, Roch ‘N’ Horse failed to cope with the heavy track when finishing tenth in the Group 1 TJ Smith Stakes (1200m), about 11 lengths behind Nature Strip.

“The track was too wet for her in the TJ Smith Stakes, but she was also caught wide, which didn’t help her,” Gerard said.

“She needs to be covered up in behind horses rather than out wide, and with the wet track as well you can draw a line through that run.

“I haven’t heard just yet whether they will continue on to Adelaide, but if they decide to go it should suit her really well there.”