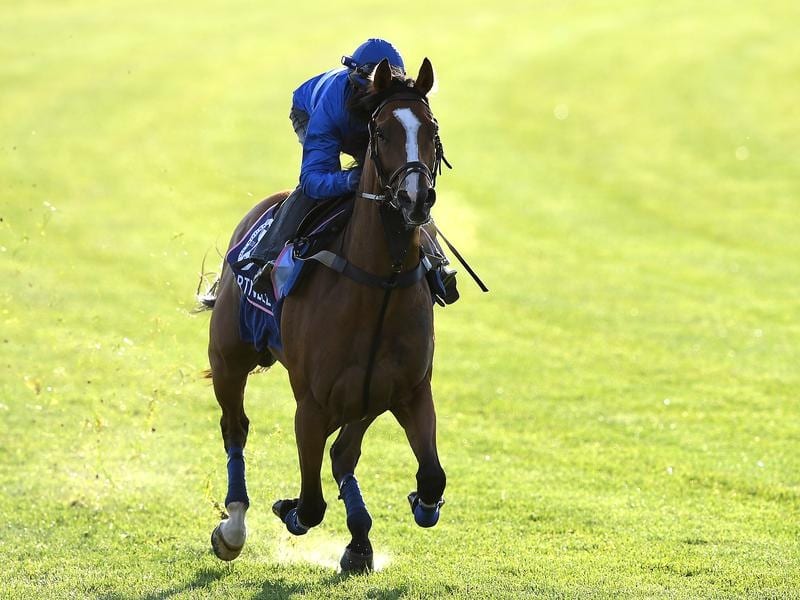 James Cummings believes Hartnell has never been in better shape during his time as Godolphin’s Australian trainer as he prepares the grand galloper for another big handicap.

Eight-year-old Hartnell carried top weight of 57kg to a memorable Epsom Handicap win in Sydney earlier this spring before finishing second under 59kg in the Group One Toorak Handicap at Caulfield last start.

The multiple Group One winner will again have to lump 59kg in Saturday’s Kennedy Mile (1600m) but Cummings knows not to underestimate the star performer who delighted the trainer in a solo gallop on the Flemington course proper on Tuesday.

“The horse is just in the best shape I’ve had him in in the last 18 months,” Cummings said.

“He’s got the skin of a two-year-old colt at the moment. He’s absolutely gleaming and I thought he was just towing his way up the straight in really good style.

“… with three weeks between runs he’ll be bang on for Saturday.”

Hartnell was “soundly beaten” by the Darren Weir-trained Land Of Plenty in the Toorak and Land Of Plenty was the $4.60 favourite in an all-in market on Tuesday for the Kennedy Mile with Hartnell on the second line at $8.

“I’d say he (Land Of Plenty) is going to be hard to beat again but in a handicap, chances can come from anywhere and that’s part of the excitement that builds with a handicap,” Cummings said.

“I would say the 59 kilos is probably the biggest threat to Hartnell.

“He’s going to have to be very brave to shoulder that weight and draw away but he’s in really good order and I’d love to see him run another big race again.”

Best Of Days is also among Cummings’ Kennedy Mile nominations but the trainer said it was still to be decided whether he runs there, if he makes the field, or goes to a Listed 1800m race next Tuesday.

Best Of Days had blinkers on in a gallop in company with Ranier on Tuesday and Cummings believes they definitely had a positive effect.

“I think whether I drop him back to the mile or whether I run him in the nine furlong (1800m) race on Cup day he’s going to run very well,” he said.