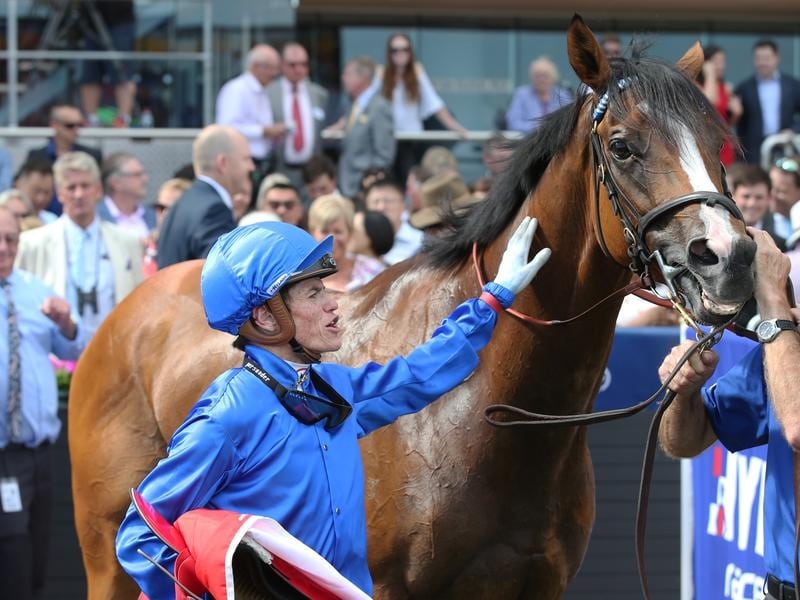 For the first spring carnival since Hartnell has raced in Australia, the Melbourne Cup will not feature among the star import’s targets.

Hartnell has run in the past three Melbourne Cups with his best result third two years ago, but the eight-year-old has not been entered for either the Caulfield Cup or Melbourne Cup this year.

“I think Hartnell just wants to be kept a little more on the fresh side and kept to being a sprinter-miler. I think he’s going to reward us that way.

“It gives me the opportunity to do a little less with him too which is suitable to him now.”

Hartnell has not been nominated for the Cox Plate (2040m), a race he has run in twice including when second to Winx two years ago.

The multiple Group One winner went close to winning the Group Two P B Lawrence Stakes (1400m) for a second-straight year first-up last month at Caulfield and is scheduled to run in Saturday’s Group Two Dato Tan Chin Nam Stakes over 1600m.

He was taken to the Valley for a solo gallop on Tuesday morning with regular trackwork rider Craig Robertson aboard in preparation for Saturday’s weight-for-age race at the same track.

Cummings’ new Melbourne-based assistant trainer Kate Grimwade was there to oversee the hit-out and was delighted with the way the gelding went through his paces in the 1200m work-out.

“He’s like a horse that hasn’t had a run,” Grimwade said.

“He’s squealing and fresh in the mornings and Robbo knows him really well so he can give us good feedback.

“He couldn’t be happier with the horse and his work this morning was exceptional.

“He was hard-held to the line and I see no reason why he can’t produce a characteristic solid run in his next start.”

Grimwade said it was a pleasure to deal with Hartnell.

“Probably for me the most striking thing is it’s like looking at a young horse,” Grimwade said.

“He’s so well in himself and he’s got this character about him.

“He thinks he’s the king of the track.”

Hartnell will again by ridden by Craig Williams who said he was looking forward to the race.

Night’s Watch was the $4 favourite on Tuesday in an all-in market while Hartnell shares the second line of betting with Ambitious at $7.