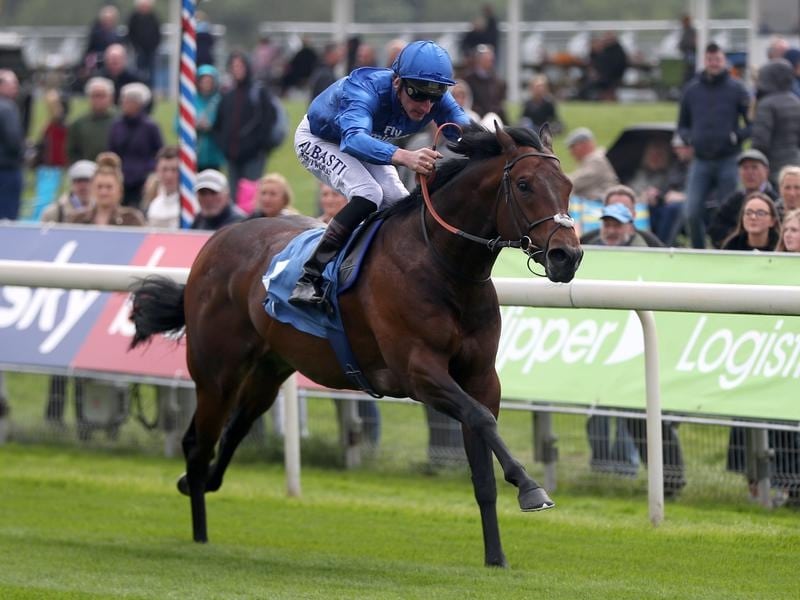 Harry Angel has recovered from the injury he suffered at Royal Ascot and is in full work ahead of a possible defence of the July Cup which will also feature Australian sprinter Redkirk Warrior.

The Clive Cox-trained Harry Angel was favourite to claim his third Group One success in the Diamond Jubilee Stakes, but became upset after being loaded into the stalls and lost all chance after completely missing the start when the gates opened.

He suffered a leg injury, but Cox is delighted to report he is now back in full work and is not ruling out the possibility of him lining up on the July Course on Saturday week.

“We have been much happier with him. The initial concern was that he had injured a joint, but I am pleased to say that he has responded well to treatment and has been back in normal exercise for the last three days,” Cox told Yahoo Sport UK.

“We are obviously relieved and very happy with the way he has responded.”

Harry Angel is on the third line of betting at 6-1 with another Godolphin horse Blue Point the 3-1 favourite.

Redkirk Warrior, trained by David and Ben Hayes and Tom Dabernig is generally available at 12-1 after being unplaced in the Diamond Jubilee.

Regan Bayliss, who has won three Group One races on Redkirk Warrior, has been booked to replace Frankie Dettori.