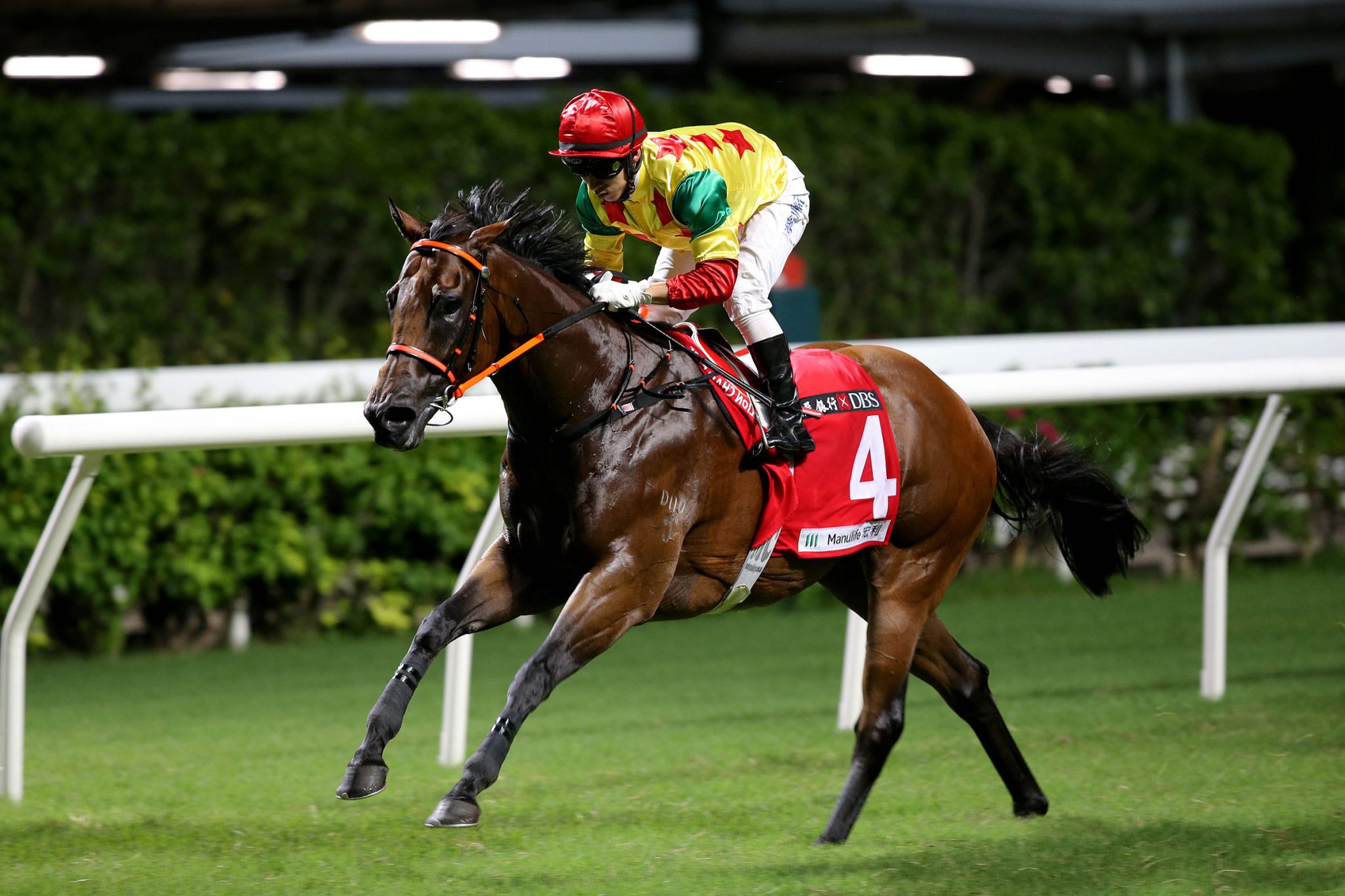 Harmony And Rich heads into Sunday’s (17 October) Group 2 Premier Bowl Handicap (1200m) with trainer Me Tsui optimistic that his smart sprinter can kick it up a notch again off a record-breaking first-up success when he faces a mix of well-versed and exciting talents this weekend.

“He surprised me – it really surprised me to be honest and now I just hope he can handle the track at Sha Tin, but the light weight will help him a lot,” Tsui said.

Stepping beyond Class 2 company for the first time, the son of I Am Invincible slots in at the bottom of the handicap with 115lb allotted against the likes of Courier Wonder, Naboo Attack, Sky Field, Stronger, Super Wealthy and Computer Patch, before declarations are confirmed on Thursday (14 October).

“It’s a good advantage – the light weight is much better for him and I hope he can give me another surprise,” Tsui said.

The Australian-bred took time to find his feet in Hong Kong, kicking off in Class 3 at the end of 2019 before taking a further 10 starts to shed his maiden in status in Hong Kong.

Since then, the 102-rater has added three more wins, each at the city circuit and twice in Class 2 from the front of the field. Each of his wins has come under the in-form Matthew Chadwick, who takes the reins again this weekend.

“We didn’t have any reservations about his ability at Happy Valley as long as we thought he could get to the front easily enough and from there that he would be able to relax and be versatile enough to relax,” Chadwick said.

“I wasn’t overly surprised but I was more worried before the barriers opened to see where the pace in the race was drawn – luckily the majority that day were drawn wide, so I was able to hold my position without doing too much work and he kicked on,” he added.

Riding in sublime form at the minute, Chadwick banged in a treble on Sunday (10 October) at Sha Tin and since the beginning of the month has three wins and seven placings to his name.

“I can’t complain, let’s just hope I can get more support and better rides.”

“It’s a very interesting race, there’s some nice horses at the top of the ratings and then there’s a few coming down and a few with question marks,” Chadwick said.

Currently sitting fourth in the jockeys’ championship standings, Chadwick has seven wins and over HKD$9 million in stakes earned.

“We’ll see if we get given a nice barrier – I think it’s going to be one of the more fascinating years than recent times, the last two years we’ve had one or two that have stood out, this year it looks like more open and it makes it more fun,” Chadwick said.

Looking ahead to Wednesday’s (13 October) fixture at Happy Valley, Me Tsui has four entrants at the midweek fixture, kicking off with Oriental Amigo in the second section of the Class 4 Quarry Bay Handicap (1650m).

Partnering with Joao Moreira for the first time, the 41-rater will step away from gate two against nine others in the opening race which goes off at 7.15pm.

Carrying 116lb at the bottom of the handicap, the More Than Ready galloper sports blinkers as he rises to the mile for the first time.

Across the card, Tsui has Travel Glory, Telecom Rocket and Farshad entered.