Harlem Is Ready To Shuffle In Turnbull 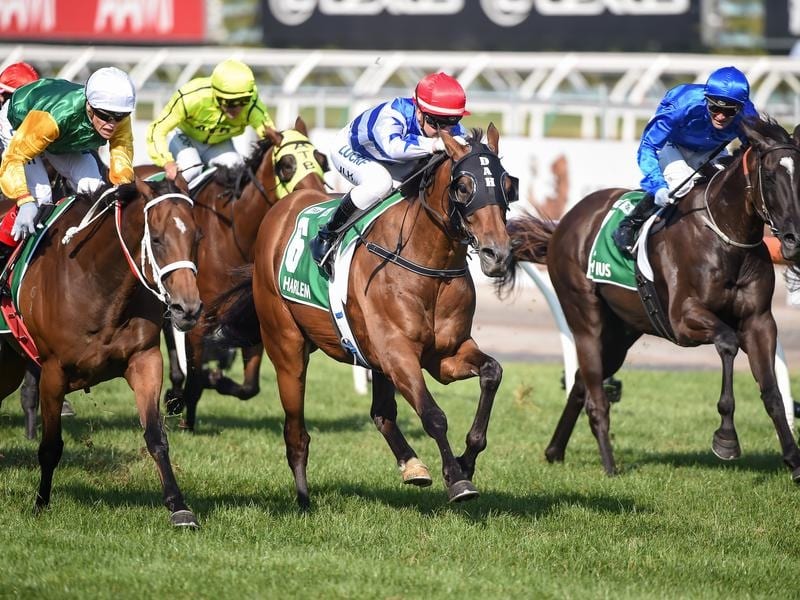 Tom Dabernig believes Harlem has a few key advantages over his rivals going into the Turnbull Stakes, which should equate to him being a factor in the finish.

Unlike the majority of the field, who are being aimed at the Caulfield Cup, the Cox Plate or the Melbourne Cup, Dabernig said this was Harlem’s spring grand final.

“I haven’t gone through the rest of the field but I’d be surprised if there’s another horse who has been set specifically for the Turnbull Stakes,” Dabernig said.

Dabernig said the reason they set Harlem for the race is his great record over 2000 metres at Flemington.

Harlem has won two Australian Cups in 2018 and 2019 and finished fourth earlier this year behind stablemate Fifty Stars.

Another big plus is Harlem’s weight of 54.5kg.

“Jamie Mott will ride and he’s worked very hard to get down to that weight so he thinks it’s a worthwhile thing to do,” Dabernig said.

Dabernig said in a race where most horses like to sit back, he envisaged Harlem working forward and settling in a handy position.

The trainer has been happy with Harlem’s two runs this time in, which have produced a seventh in the Memsie Stakes and a sixth in the Makybe Diva Stakes.

“I think he’s going to be a solid each-way chance,” Dabernig said.

Earlier in the day, Fifty Stars will resume for Dabernig and co-trainer Ben Hayes in the Gilgai Stakes over 1200 metres.

Fifty Stars hasn’t started since his successive autumn wins in the Blamey Stakes and the Australian Cup.

“It’s good to have him back at the races and this will stimulate him but he’ll find it too short,” Dabernig said.

“He’s being set for the Cantala Stakes and the Mackinnon Stakes.”