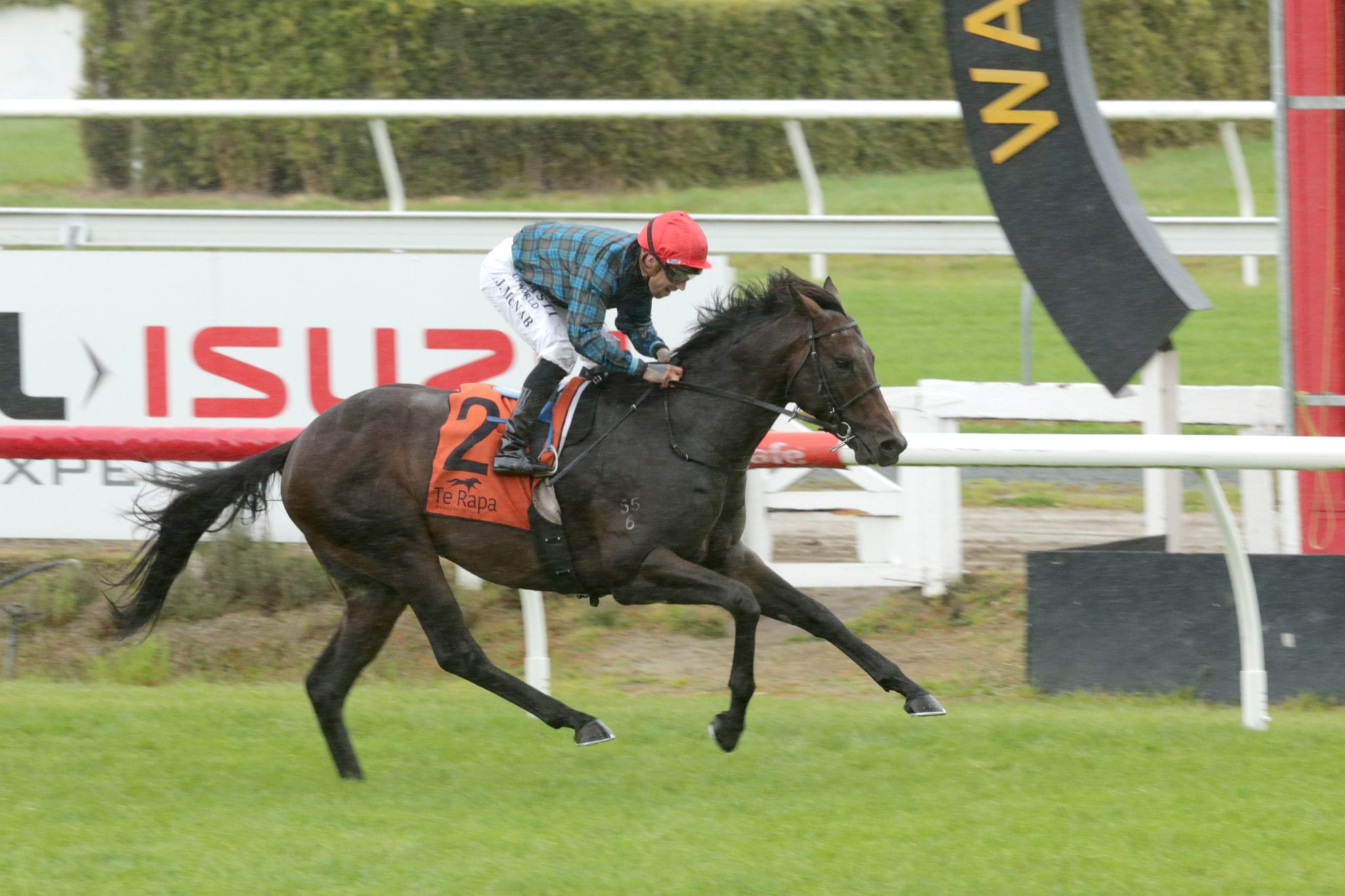 Matamata galloper Harlech added his name to the list of northern raiders bound for Riccarton next month when he dominated his three-year-old rivals in the Group 2 James & Annie Sarten Memorial Stakes (1400m) at Te Rapa. The Mike Moroney and Pam Gerard-trained gelding, who is rated a $10 chance in the Fixed Odds market for the Group 1 Al Basti Equiworld New Zealand 2000 Guineas (1600m) on November 9, unleashed a powerful home straight burst for rider Michael McNab as he scored by a decisive one and a half-length margin.

An eye-catching late run carried fellow 2000 Guineas contender Run To Perfection into second while Bella Mente, who is bound for the Group 1 gavelhouse.com New Zealand 1000 Guineas (1600m) on November 16, battled on gamely for third.

Harlech has long been held in high regard by his trainers, with Moroney advising some time ago that Harlech would remain in New Zealand to contest the major three-year-old contests rather than transferring to his Melbourne stable. Gerard admitted she had Moroney’s words ringing in her ears as she watched the son of Darci Brahma put in a sparkling dress rehearsal for his Riccarton assignment. “All I can hear is Mike Moroney’s voice in my head,” Gerard said. “I’m pleased to get that one out of the way as he has been promising right the way through although he had a little hiccup last time. “He wants a better track and just needs to learn to settle and get out of the gates better, but he is going to lap up the mile when we get to that.”

The hiccup Gerard referred to was Harlech’s defeat on a heavy track at Matamata at his last start where he had to play second fiddle to quality three-year-old filly Travelling Light. “I wasn’t too worried about his run last time as that filly is pretty special,” she said. “He was a little bit wound up and fresh but we had to run that day. “Had it been a better track it may have been a different story but he has done nothing wrong. “He will be on the plane (to Riccarton) now as long as he pulls up well.”

McNab was quick to express his satisfaction with the victory and the turn of foot his mount showed. “He has let down super,” McNab said. “I’ve seen him at the track and I was always asking where is he, where is he, so I was delighted to get the opportunity to ride him. “He settled well and savaged the line although he will be better with something to chase which is what he will get at Riccarton.”

Bred by the Oaks Stud, Harlech is a son of Bachelor Duke mare Obsession who won four races in a limited career and was placed at Group 1 level in the 2010 Captain Cook Stakes (1600m) after winning the Group 2 Auckland Thoroughbred Breeders’ Stakes (1400m) at her previous start. A $100,000 Karaka Yearling Sale purchase by Moroney’s brother Paul, Harlech is also the younger brother of lightly raced stayer Obsessive who finished third over 2100m earlier in the programme.