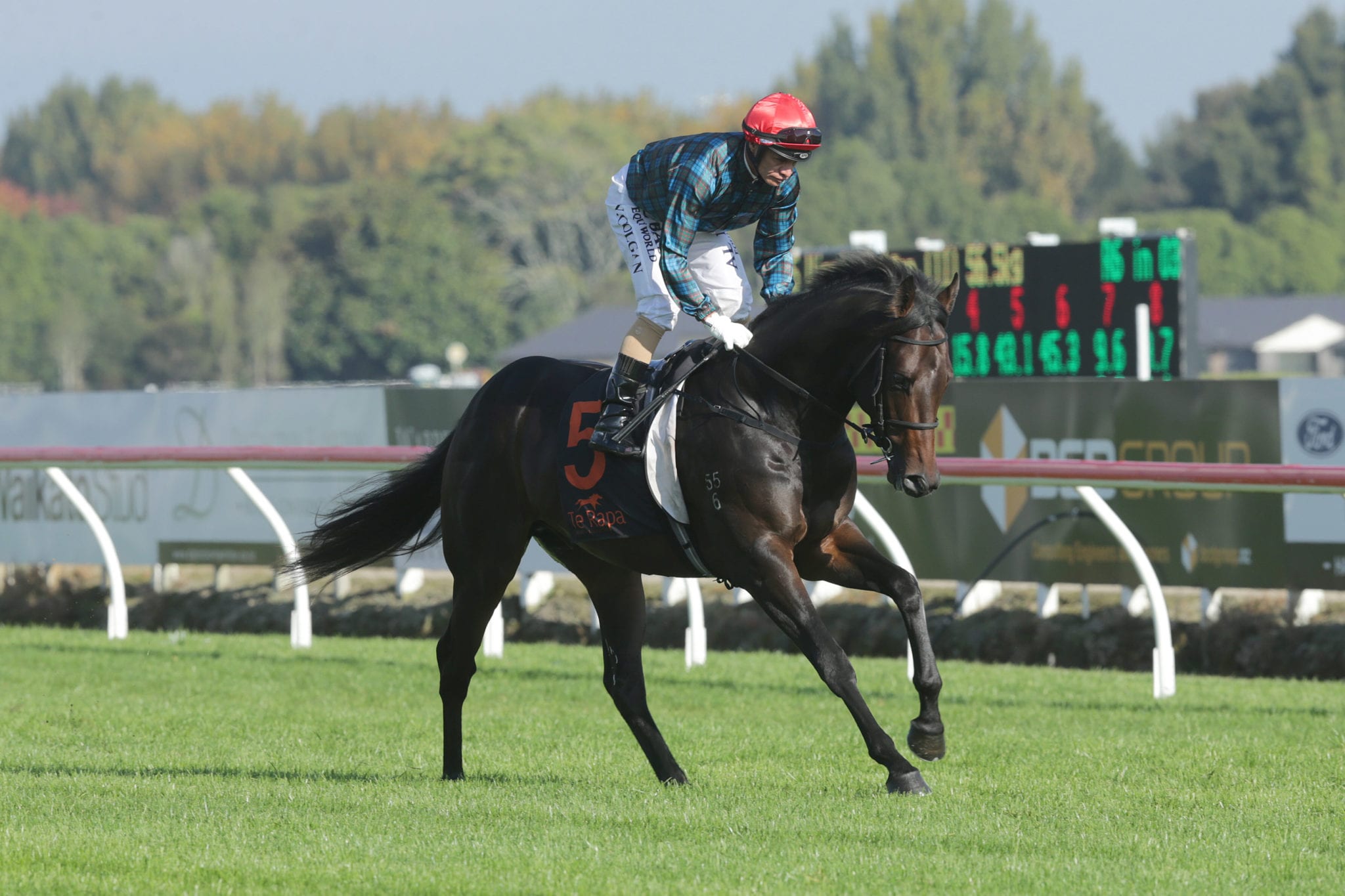 Indecision with Harlech and a rest for Riodini is the outcome following their defeat at the hands of Travelling Light at Trentham on Saturday. With Travelling Light clearly showing her class when winning the Group 1 Levin Classic (1600m), Harlech fought strongly for second, a length and a quarter astern, while Riodini was a further two and a half lengths back in third.

A definite start in the Group 1 Randwick Guineas (1600m) on March 7 was on the line for Harlech going into the Trentham feature, but now a change of plans may occur, according to Mike Moroney, who trains the son of Darci Brahma in partnership with Pam Gerard. “If he had won that (the Levin Classic) and won it well, he’d have come straight over (Australia) here and been set for the Randwick Guineas,” Moroney said. “He’d have won a New Zealand Group 1 and if he could win a Group 1 here, like the Randwick Guineas, he’d be very valuable (as a stallion prospect).

“He still went a top race and she (Travelling Light) must be a very good filly. But now that he’s been beaten everything is up in the air at the moment. “He’s had a trip away and we’ll see how he has come through it after a few days. We’ll go through the programmes and work out what is best for him. It’s a matter of looking at everything.”

The Karaka Million 3YO Classic (1600m) at Ellerslie on January 25 is an option if Harlech remains in New Zealand longer, though Moroney was quick to inquire on the confirmation of the main opponent, the Jamie Richards-trained Probabeel, starting in the $1 million feature. “Probabeel is the one to beat,” he said.

Harlech still remains in the nominations for the Group 1 Vodafone New Zealand Derby (2400m) at Ellerslie on February 29 and Moroney said a start in the staying three-year-old feature is not out of the equation. From eight starts, Harlech has recorded two wins and five placings, including four seconds, and, since winning the Group 2 James and Annie Sarten Memorial Stakes (1400m) at Te Rapa in October, he has been runner-up in the Group 1 New Zealand 2000 Guineas (1600m) at Riccarton, the Listed Uncle Remus Stakes (1400m) at Ellerslie and now the Group 1 Levin Classic (1600m) at Trentham. “We’ve always said he’d be coming to Australia at some stage this season and we’ll have a decision later this week if he is to stay on in New Zealand a bit longer,” Moroney said.

While Harlech is destined for Australia, Moroney is gearing up to send Sound, a former smart German stayer, over from his Melbourne stable to his Matamata establishment. “He has been freshened since he ran (fifth) in the Sandown Cup (Listed, 3200m) in November and he’ll have a jump-out this Friday,” Moroney said. “He’ll have an 1800m race here first, in about a fortnight, then head to New Zealand, possibly for the Avondale Cup (Group 2, 2400m) before the Auckland Cup (Group 1, 3200m). “He didn’t have a long break and he’s doing well.”

Other major contenders for the Moroney – Gerard stable include On The Rocks, who is on track for Saturday’s Group 1 Harcourts Thorndon Mile (1600m) at Trentham, Pinmedown, Masetto and the Karaka Million 2YO (1200m) contenders Tokorangi and Dragon Queen.

The Karaka Million is the main focus for Pukekohe trainer Nigel Tiley with his unbeaten filly Play That Song (favourite for the Ellerslie event), while Riodini, another of the stable stars, is in the spelling paddock. “She (Play That Song) is nice and bright and we’re lucky that we got her qualified early so there has been no pressure on her to get there,” Tiley said. “She’s been set for the Karaka Million and she’s done everything right. “It’s a hard race and it’ll take a bit out of her so we’ll wait until after it before making any definite future plans for her this season.”

Tiley also plans to take it a step at a time with Riodini for the remainder of the season with the Proisir three-year-old gelding ending his current campaign with his Levin Classic third, after being unbeaten in his first four starts and runner-up to the exciting Dragon Leap in the Group 2 Auckland Guineas (1600m) at Ellerslie on New Year’s Day. “He’s in the paddock now,” Tiley said. “We dropped him off on the way home at Rich Hill Stud for a break. “There had been some preliminary talk about a start in the Group 1 sprint at Te Rapa next month (BCD Sprint, 1400m), but my personal feeling is that he will benefit from a good break.

“He’s a tough little fellow and he’s had a couple of hard runs that will take its toll. He covered a fair bit of ground on Saturday.” Riodini is unbeaten up to 1400m and, though he has been Group 2 and Group 1 placed at 1600m, Tiley firmly believes his future lies as a sprinter. “He gets 1600m against his own age, but next season he’ll be a 1200m to 1400m horse. He’s got too much brilliance.” After his spell, a Queensland Winter Carnival could be an option for Riodini. “I think he could be an ideal horse to take to Brisbane,” Tiley said.