Harlech back at Matamata stable 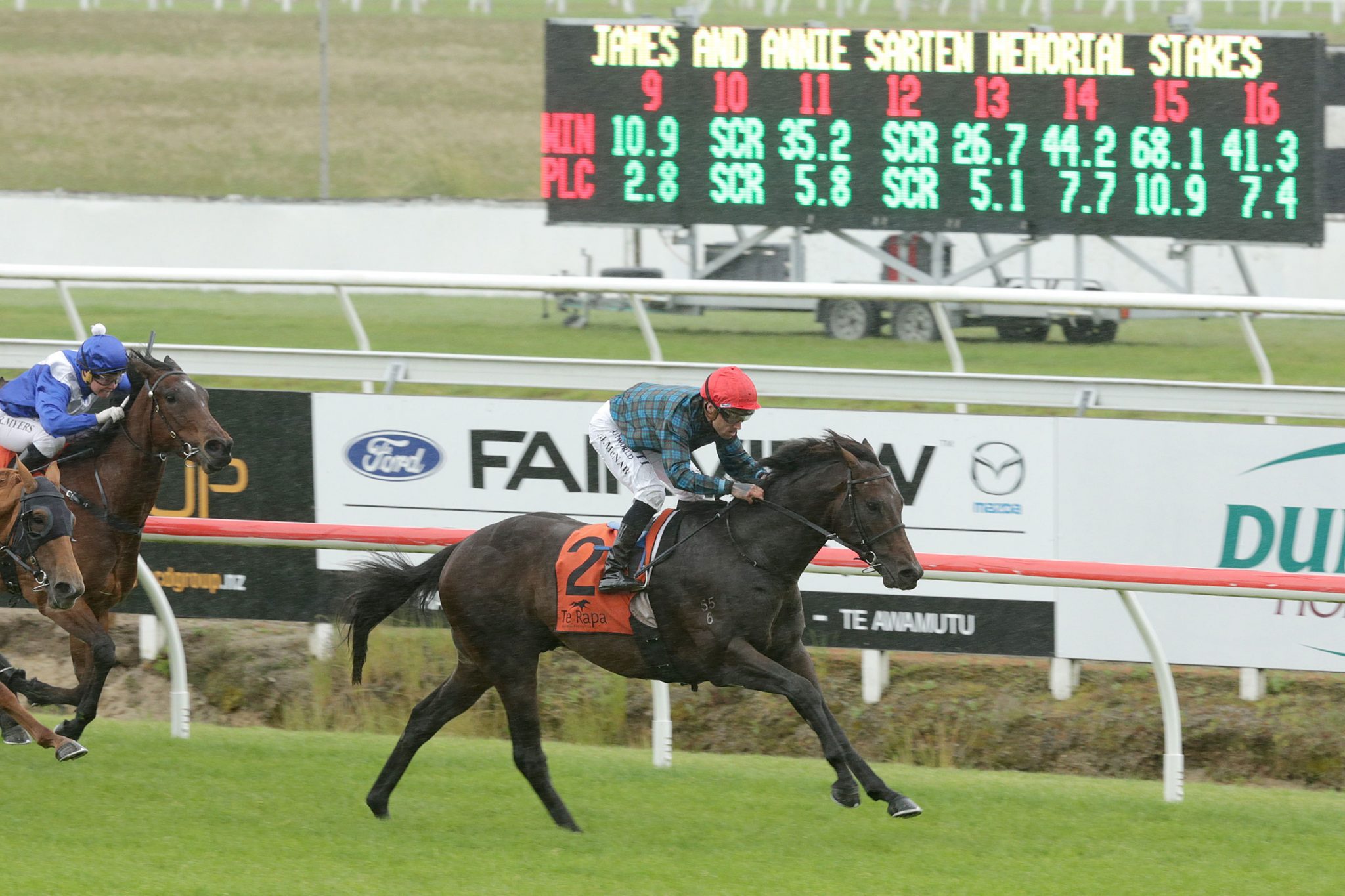 Talented five-year-old Harlech is back in New Zealand and is preparing for a tilt at the Hawke’s Bay features this spring.

Prepared by Michael Moroney and Pam Gerard, the son of Darci Brahma transferred to Moroney’s Australian stable at the conclusion of his three-year-old season after he had won the Group 2 James & Annie Sarten Memorial (1400m) and placed in both the Group 1 New Zealand 2000 Guineas (1600m) and the Group 1 Levin Classic (1600m).

The entire mixed his form across the Tasman, where victory in the Benalla Cup (1406m) was the highlight of his seven starts in 18 months, however, he was not beaten far at Flemington in June behind Rubisaki before disappointing in his most recent run on a rain-affected track.

“He came back about a month ago. He had 10 days out in the paddock after his last start in Melbourne,” Gerard said.

“We’re pretty excited to have him back. He has settled in really well and is starting to look a picture.

“He is pretty forward. He had three runs over there last campaign, which were very good except for the last one.

“The plan is to go to Hastings. He is a little bit down the order of entry for the Tarzino Trophy (Group 1, 1400m) so we will just have to see how we get on.

“If we don’t get a run there, I think there is an Open 1400m at Ellerslie. That is to be confirmed yet. We will just bide our time and see how it comes up at the time.”

The last two legs of the Hawke’s Bay Triple Crown, the Group 1 Windsor Park Plate (1600m) and Group 1 Livamol Classic (2040m), will be a focus for the three-time winner.

“He did his 18 months in Australia and probably the wet track just tripped him up a little bit at his most recent run, but his other runs have been huge,” Gerard said.

“He can be very competitive back here in a Group One and obviously still being a bull (an entire), if he can get those Group One wins under his belt, it will be good for his future.”

Meanwhile, Gerard had an eye on the future at the Te Rapa trials on Monday, and was impressed with the performance of a two-year-old War Decree colt out of Colonel’s Daughter.

The colt prevailed in a 650m heat from a filly by the same first crop sire prepared by Stephen Autridge and Kris Shailer.

“Right from the time we bought him at the sales we really liked him and they have done a really good job of trying to get them out there and into the right stables,” Gerard said.

“I think we picked up a bit of a bargain for what he looks like.

“He paraded enormous today. He looks like he wants to get on and do it. He is quite cocky, which I probably think you need for a two-year-old.

“It’s a first trial and anything can happen, but he was impressive today and he has lived up to what he showed us at home. Hopefully we will see him raceday relatively early.”