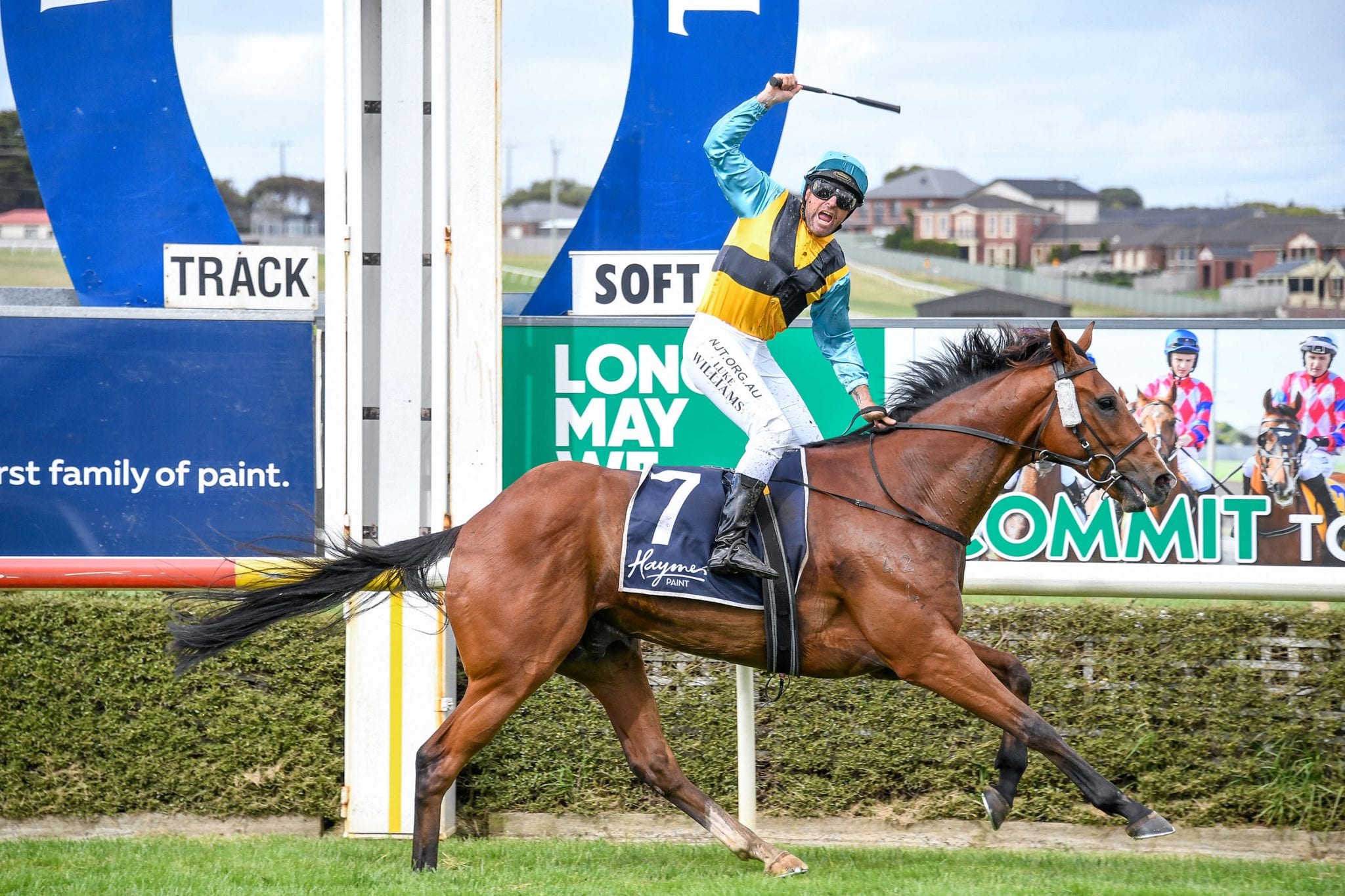 Grangewilliam Stud stallion Zed is having a spring to remember and as we venture into summer the juggernaut continued as his six-year-old son Count Zero raced away with the A$300,000 Haymes Paint Jericho Cup (4600m) at Warrnambool for local trainer Symon Wilde.

The unheralded stallion is the sire of six-time Group 1 winner Verry Elleegant, in addition to Ballarat Cup hero Irish Flame, while the stallion’s versatility extends to champion jumpers such as Zed Em and venerable Group 1 winner Survived. And now a Jericho winner can be added to the stallion’s success stories.

Restricted to Australian and New Zealand-bred horses, the Jericho is the brainchild of philanthropist and historian Bill Gibbins to commemorate a three-mile race held in the desert in Palestine during World War I, where 102 years ago the original Jericho Cup was won by famed Australian war horse Bill The Bastard. The raceday pays tribute to the heroic servicemen and women and their magnificent mounts, The Walers, for their heroic deeds in the Middle East from 1915-1919.

Starting $26, Count Zero landed the fourth victory of his career, taking the race by the scruff of the neck under rider Luke Williams with 800m to go, to win by a comfortable four and a half lengths from Dambulla and Wil John.

“In this race’s short history, it has been a bit of an aim of ours,” Wilde said. “I love the concept. I think it’s a fantastic race. It’s got real meaning to it. It’s not a pop-up race or money grab like some of the other ones are. It’s got real depth and meaning and it’s a real honour to win the race.”

After a slow start to the campaign, Wilde took encouragement from recent runs at Donald and then a fifth at Kilmore just a week ago. “A Kiwi-bred Zed, he’s a tough as nails. Last run I thought the signs were there that he has settled a lot better this year than he did in previous years. I thought he’d be ready for this trip.

“His last two runs, they’re what turned us. His first two runs this campaign were pretty ordinary. The last two gave us some confidence to run in this race. When he pulled up so well, he’s tough, he’s a good eater, he’s the right horse to back-up. The rest is history.”

Wilde paid tribute to Bill Gibbons for getting the concept off the ground, with the event going to a New Zealand bred for the third year after the prize went to High Mode (2018) and Ablaze (2019). “I think Bill’s created a fantastic raceday – probably one of the biggest racedays on the country circuit in years to come,” Wilde said.

For winning jockey Luke Williams, the delight was palpable. “It’s a real thrill. I’m pretty sure that is the biggest race I’ve ever won. Thank you Lord, thank you Symon for having the faith to put me on. “Coming down to make the final turn, they tried to drive me down to the inside but I thought ‘no, piss off!’. I stayed out there for a bit longer and got the job done.”

Count Zero was bred by Wanganui farmer Peter Smith and hails from a family that features 1936 Melbourne Cup winner Wotan, who was raced by Smith’s uncles Bob and Pat. It is also the family of Smith’s Group 1 Wellington Cup (3200m) winner Willy Smith, in addition to recent Group 2 winner Albarado.

“My Governess, the granddam, was a very good race mare,” Smith said of the 2003 Listed Feilding Gold Cup (2100m) winner. “We bred Count Zero’s dam, My Duchess with John Boon, who trained My Governess. “We have still got the dam of Count Zero and we didn’t breed from her this season, but we have done up until now. “If you want to breed good horses, you have got to go to good sires and Zed is certainly turning into that.”

Smith said a long-standing relationship with the Corcoran family of Grangewilliam Stud and the close proximity of the stallion were catalysts for breeding to Zed. “The Corcorans lived on our farm for a number of years. They setup their stud and stood Warhawk on our farm. They were there for 14 years before they went out to Grangewilliam at Waitotara”