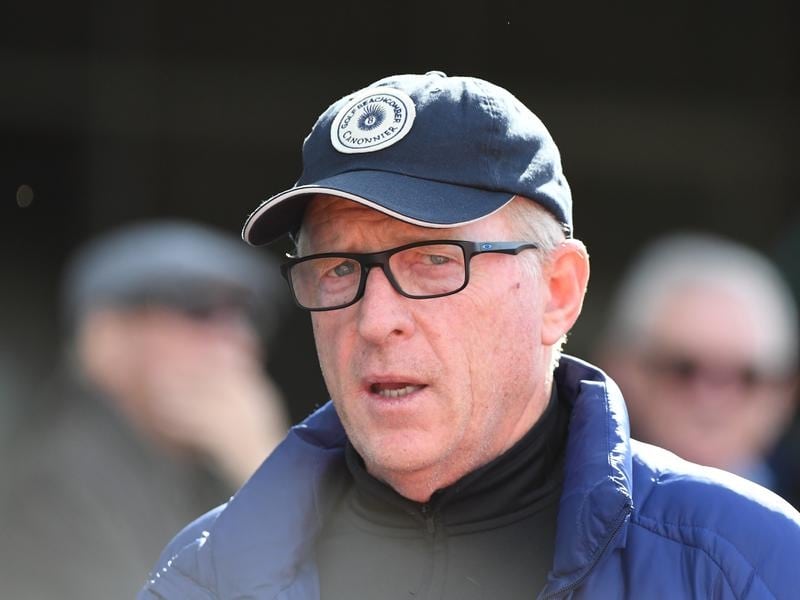 Mick Price has decided on an Adelaide trip for Fighting Harada in a bid to get the three-year-old into bigger Melbourne spring races.

Fighting Harada was an acceptor in the Listed Antler Luggage Plate at Flemington on Saturday, but instead he’ll carry 59kg in the Holdfast Insurance Handicap at Morphettville.

A winner at Sale and Sandown before a spell, Fighting Harada has been luckless in two Sandown runs this campaign.

He finished second behind Smart Ellisim in a four-horse field on August 5 before beating one home against four opponents on August 22.

“I need to go where I think he can win because his last two runs have not been any benefit with regard to prize money or rating,” Price said.

“It’s getting to the point where I’m running out of opportunities with him.

“I need to get his rating up from 67 to the low 70’s at least and then hopefully he trains on and I can get him a run in the Guineas Prelude and then into the Caulfield Guineas.”

Price toyed with the idea of running stablemate Tavisan in the Antler Baggage Handicap before deciding on tackling the Group Two Danehill Stakes.

Like Fighting Harada, Tavisan is on a path towards the Caulfield Guineas on October 13.

After a first-up Cranbourne win, Tavisan was run down by Brutal in the Mitchell McKenzie Stakes at Moonee Valley on August 25.

“Native Soldier looks the one to beat after his win the other day but it’s an experience for him down the straight and it values him at a fair bit if he was to win.

“I think he’s a Caulfield Guineas-type of horse so I can still run him in the Guineas Prelude (1400m) into the Guineas.”