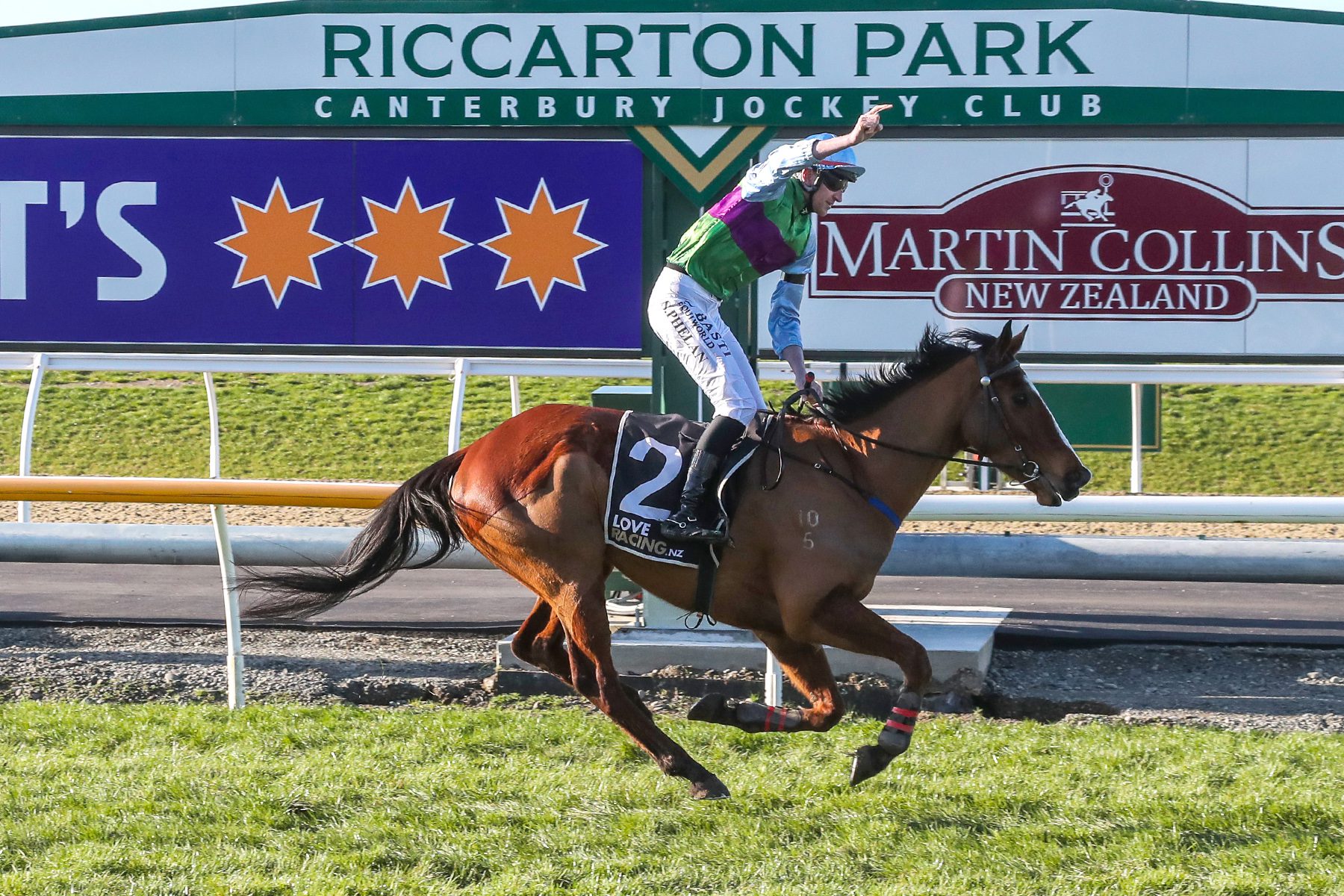 Happy Star cemented Kevin Myers at the top of the Grand National Hurdles (4200m) ladder when winning the Wanganui trainer’s fifth title in the race at Riccarton, New Zealand on Wednesday.

With Myers training the four fancied runners in the seven-horse field, he was odds on to take victory in the race, but nothing is a surety in racing.

Stable runner He’s Ric set the pace throughout and Happy Star proved to be a handful in the trail for jockey Shaun Phelan, with the gelding by Fabulous pulling throughout.

But the seven-year-old showed his talents when taking control of the race with three fences to go, with Phelan nursing him over the final two fences and running away to a comfortable 16 length victory over He’s Ric, with a further 7.5 lengths back to Phelan Foxy in third.

It was Phelan’s second consecutive win in the race after guiding The Cossack to victory in the time-honoured jumping feature last year.

“That was torture for 3000m just trying to hold the little bugger, he was just going for it,” Phelan said.

“I just knew the fitness of Kevin Myers training would pay off in the end.

“The horse has overdone it, if he came up against tougher opponents, he may have put himself in jeopardy, but he is a pretty handy horse.”

Phelan was duly rapt with the result.

“The National is the best you can get here,” he said.

“I am very privileged to pick up the ride for him (Kevin Myers). I don’t ride for Kevin that often, but when I do it’s usually with one like that.”

Myers’ daughter Caley was on-hand after the race and said they will reassess his future plans once they get him home.

“It was a very good run, he didn’t settle quite as well as I thought he would, but he ran home well,” she said.

“He just has that speed on the ground which helps him.

“He will head home now, see how he pulls up, and we will go from there.”

The gelding is part-owned by Otaki trainer Johnno Benner who previously prepared Happy Star for four wins on the flat.