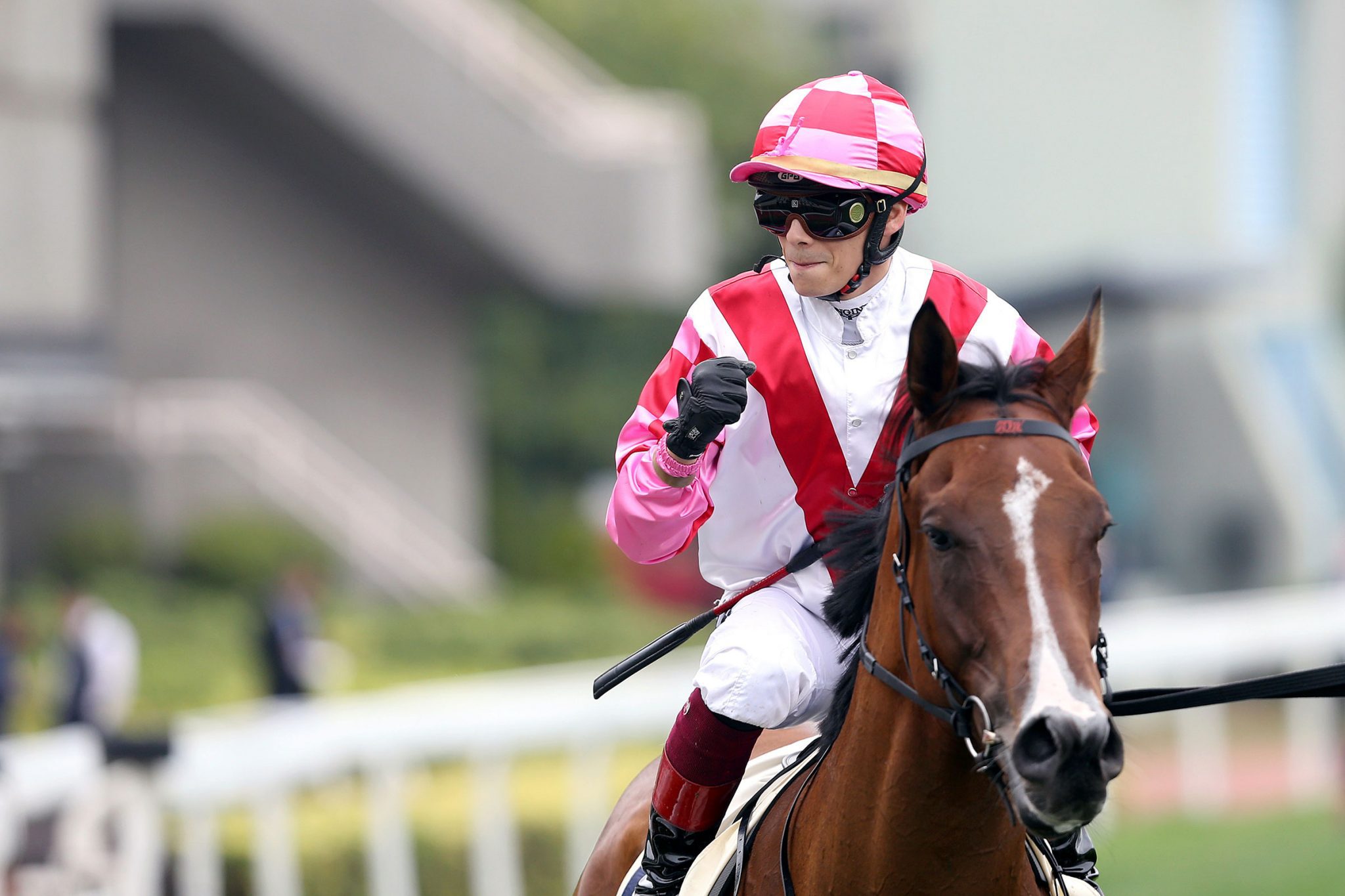 Reuniting with old ally Super Wealthy (113lb) for the first time in close to a year, the in-form Alexis Badel is putting his faith in the bay’s talent and featherweight impost as the pair look to spoil a hot edition of Friday’s (1 October) Group 3 National Day Cup Handicap (1000m) at Sha Tin.

“Whenever you go into a Group 3 under handicap conditions it’s always a huge advantage when you have a talented horse and a light weight,” Badel said.

The galloper will step up to Group 3 level for the first time in the feature, he is however, aided by a dangerously low weight at the bottom of the handicap following a tidy first-up course and distance win in Class 2.

“Even in Class 2, he always gave me a very good feeling, he’s a strong horse and I’m just happy to be on him,” Badel said.

Partnering Super Wealthy to a hat-trick of wins two seasons ago, Badel has paired with the four-time winner seven times but hops back in the seat for the first time since November, 2020.

“I’m happy to ride this horse again because he gave me a few nice wins last year – I know him very well and I’m just happy to be able to ride him with a good chance,” Badel said.

The six-year-old spent the first 11 starts of his career under the care of trainer Douglas Whyte before an off-season stable change transferred him to David Hayes.

“His last win was a good effort, it’s not a surprise to me because he always has been a very good and promising horse, he just did what he can do and it’s good to see him in good form,” Badel said.

Fresh off a double at Sha Tin on Sunday – his second this season – Badel is looking to maintain his momentum with seven rides across the card including the 97-rater in the HKD$3.7 million sprint.

“I try to get as many winners as possible but having a double at Sha Tin is always good, I just always try to stay competitive and do my best,” he said.

Last season Badel racked up 58 wins; this campaign he has six, positioned behind only Zac Purton (13) and Joao Moreira (9) in the jockeys’ championship standings.

”It’s very good (to keep the momentum going), Voyage Star was a very nice pick, it was a very good effort from the horse and he has a good heart.

“I thought Trillion Win got a very well-deserved win, I’m glad to win for Manfred (Man) because he gives me a lot of support and trusts me with this horse, so I’m glad he delivered,” Badel said.