Happy Clapper In Line For All Star Mile 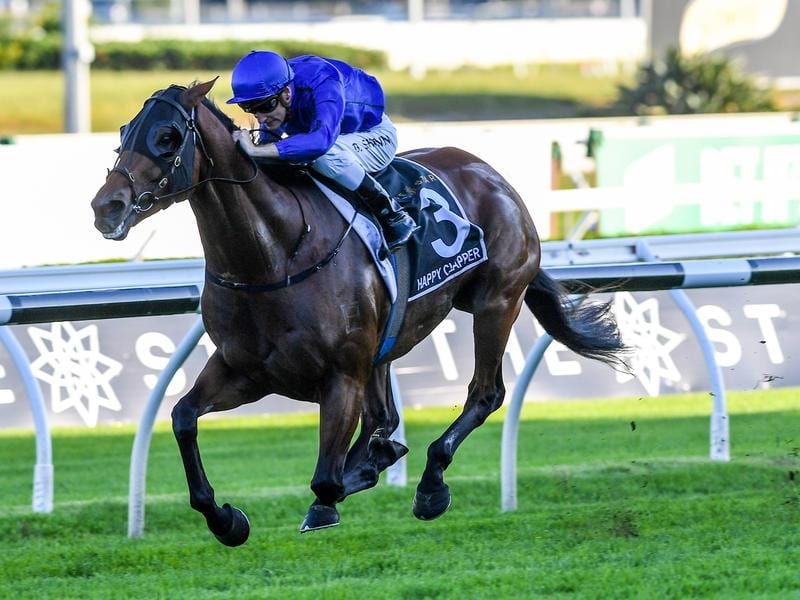 Trainer Pat Webster is rethinking Happy Clapper’s autumn program to include the new $5 million All Star Mile at Flemington.

Apart from Winx, there is no more popular horse in Sydney than Happy Clapper and with 10 of the 14 runners in the All Star Mile to be decided by public vote, he should be a shoo-in.

The eight-year-old’s spring was cut short by a bleeding attack when he ran fifth in the Makybe Diva Stakes at Flemington in September with Webster hoping it was a one-off.

Happy Clapper began pre-training on Tuesday, a day after the new Melbourne race on March 16 was announced.

“I had it all figured out that he would go to the Canterbury Stakes, the George Ryder, the Doncaster and the Queen Elizabeth like he did last autumn,” Webster said.

“This new race has changed things and is very much part of his program now, particularly if Winx doesn’t go there.

“Why race against her if you don’t have to and he has also run well at Flemington where he was second in the Emirates.”

Happy Clapper has run against the champion several times during her 3-1/2 year unbeaten sequence with his closest finish when three-quarters of a length second in the George Ryder Stakes in March.

Webster said Happy Clapper had done well as he completes his mandatory three-month ban from racing after the bleed.

“We did a lung wash on him three or four days later and it was perfect and then did another one which also showed nothing,” he said.

“He is very well and I’m just hoping it was something that will never happen again.”

What may well be Happy Clapper’s final preparation will be extended to include the Queensland winter carnival.

“No matter what happens with the new Mile race, the plan is to go to the Hollindale Stakes and the Doomben Cup,” Webster said.

The winner of more than $6.3 million, Happy Clapper won last season’s Epsom Handicap and Doncaster Mile, both over the Randwick 1600m, and added the Canterbury Stakes (1300m) to his Group One tally in between.