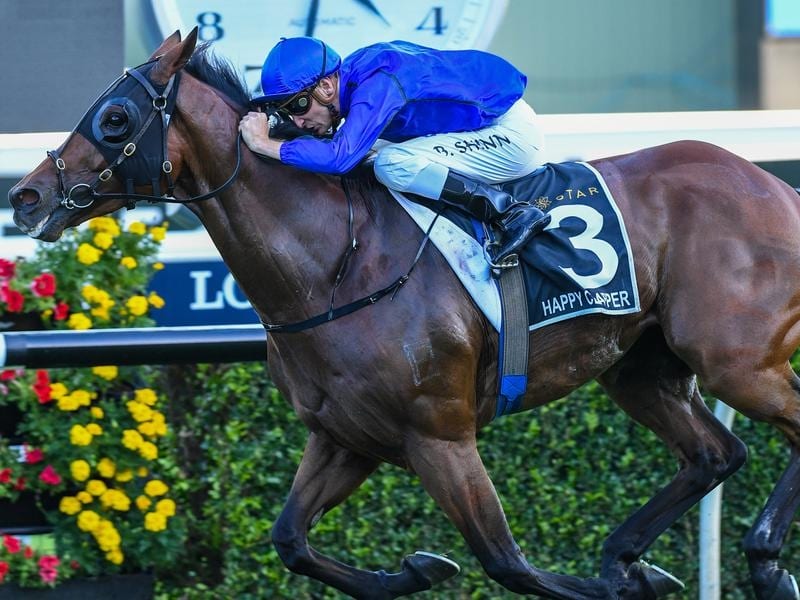 The $5 million purse for The All-Star Mile has attracted the attention of connections popular Sydney racehorse Happy Clapper.

Happy Clapper has been entered for the inaugural running of the 1600m race at Flemington on March 16.

The three-time Group One winner has returned to training two weeks earlier than usual, having not raced since suffering a bleeding attack when fifth in the Makybe Diva Stakes at Flemington in September.

Happy Clapper has won two of the biggest mile races in Australia – the Doncaster Mile and Epsom Handicap – and has chased home champion Winx in a George Main Stakes and George Ryder Stakes while also finishing third to the great mare in a Queen Elizabeth Stakes.

“It was our plan to run Happy Clapper in the All-Star Mile from the moment the race was announced, because the prize money is obviously very appealing and the mile is his ideal distance,” trainer Pat Webster said.

With 10 spots in the field selected by on-line voting which opens on January 21 after nominations close six days earlier, Happy Clapper will attract plenty of attention.

“He’s a very popular horse, so I’d probably be a little disappointed and surprised if he didn’t get his chance,” Webster said.

“Everywhere you go, people have heard of him.

“I had a builder come round to give me a quote on some work and I reckon I got a discount when he found out that I train Happy Clapper.”