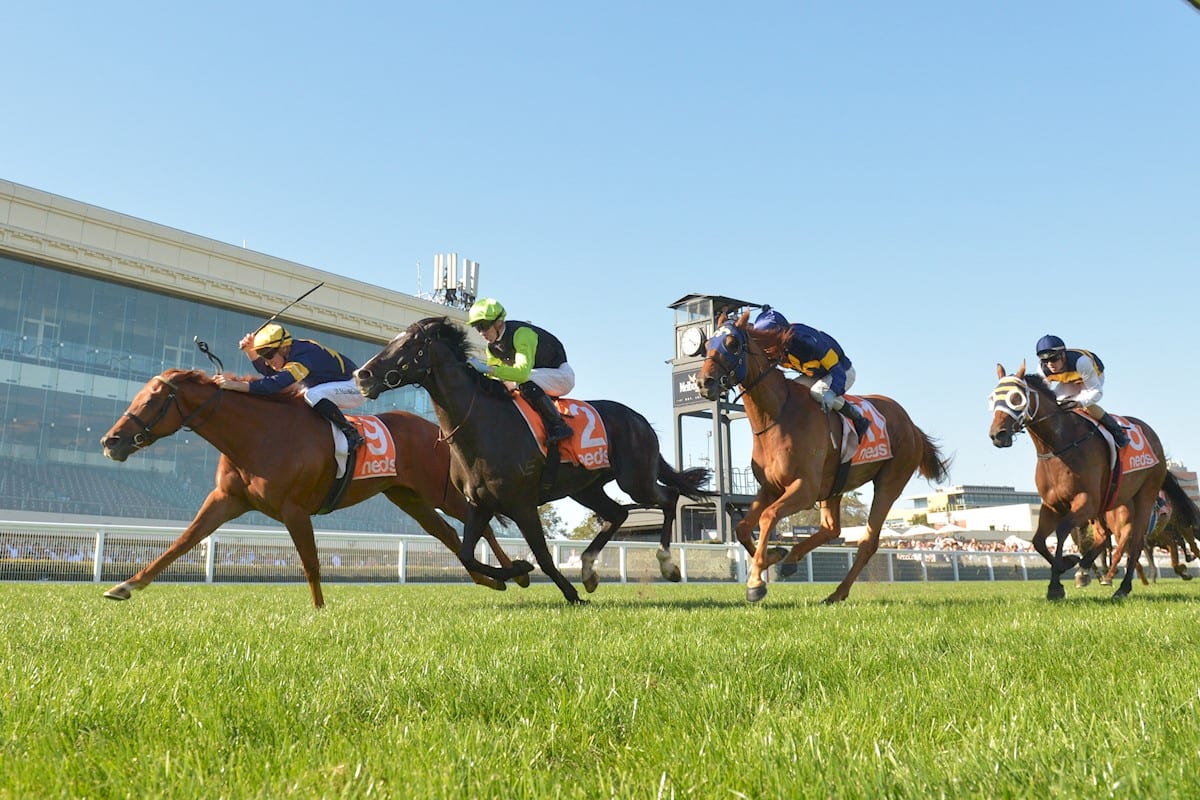 A freshen-up beckons for Hang Man ahead of some winter warmth at the Brisbane Winter Carnival after the Irish-bred galloper took out the Group 3 Easter Cup at Caulfield on Saturday.

Providing Daniel Stackhouse the second leg of a winning double, after earlier scoring on Minhaaj in the Jack Elliott Handicap, Hang Man (+650) scored a long-neck win from the +290 equal favourite Persan with Mahamedeis (+550) three-quarters-of-a-length away third.

“The Doomben Cup is where we’ll most likely head. He’s only getting better with age, so we’ll push on,” Turnbull said.

Hang Man has finally struck a purple patch of form, securing his third win from his past four starts and Saturday’s win followed his victory in the Yarra Valley Cup on March 14.

“It was a very deep field, but he had no weight on his back,” Turnbull said.

“It was the perfect ride from Stackhouse, he let it all unfold in front of him.

“He always gives you a great turn of foot and when he was saved up the way he was today, he lets down really well and you knew over a mile-and-a-quarter that he would let down.”

Stackhouse said he had the right horse to follow through Saturday’s race, the equal favourite Persan.

And the jockey said the 4kg weight advantage in his favour was decisive.

“I just followed Persan, he took me, I followed and he had a great turn of foot,” Stackhouse said.

“I just had to bide my time, wait until we straightened up to get going.

“He kicked clear and was too good.”