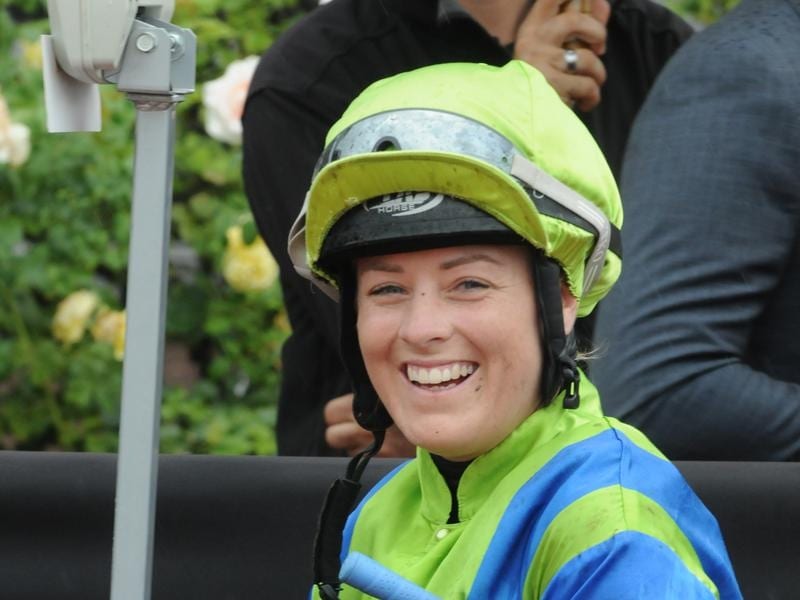 Fresh from her first city win of the season in Melbourne, apprentice Chelsea Hall is set to ride in Sydney for the first time on fan favourite Jungle Edge.

Hall notched a winner at Caulfield on Wednesday aboard Mystyko, the sixth metropolitan win of her career, and she is looking forward to competing at Randwick on Saturday after getting the nod to ride the Mick Bell-trained Jungle Edge, a late entry for the Summer Sprint (1100m).

“I’ve never ridden in Sydney before so I’m pretty excited about that,” Hall said.

“It was a bit of a spur of the moment thing. I saw Mick at the track and he said he was still unsure of what he was going to do.

“Obviously Jungle Edge needs a wet track and he was just hoping for that.

“I had been offered the ride on Jungle Edge up there one other time and he ended up scratching him because the track wasn’t wet enough.

“It should be really good experience and he’s quite an easy horse to ride. I’ve never ridden him in a race but he looks pretty straight-forward.”

While Hall has no experience at Randwick, eight-year-old Jungle Edge is no stranger to the famous Sydney racetrack.

He has raced there 10 times for a win in last year’s June Stakes on a heavy track and three placings including a second to Pierata in the Sydney Stakes and second to Redzel in the Challenge Stakes last year.

The 3kg claim for 27-year-old Hall brings Jungle Edge in with 61.5kg for the sprinter’s first start since he won at Ballarat in November.

Randwick was rated a soft 6 on Friday with the chance of a late thunderstorm.