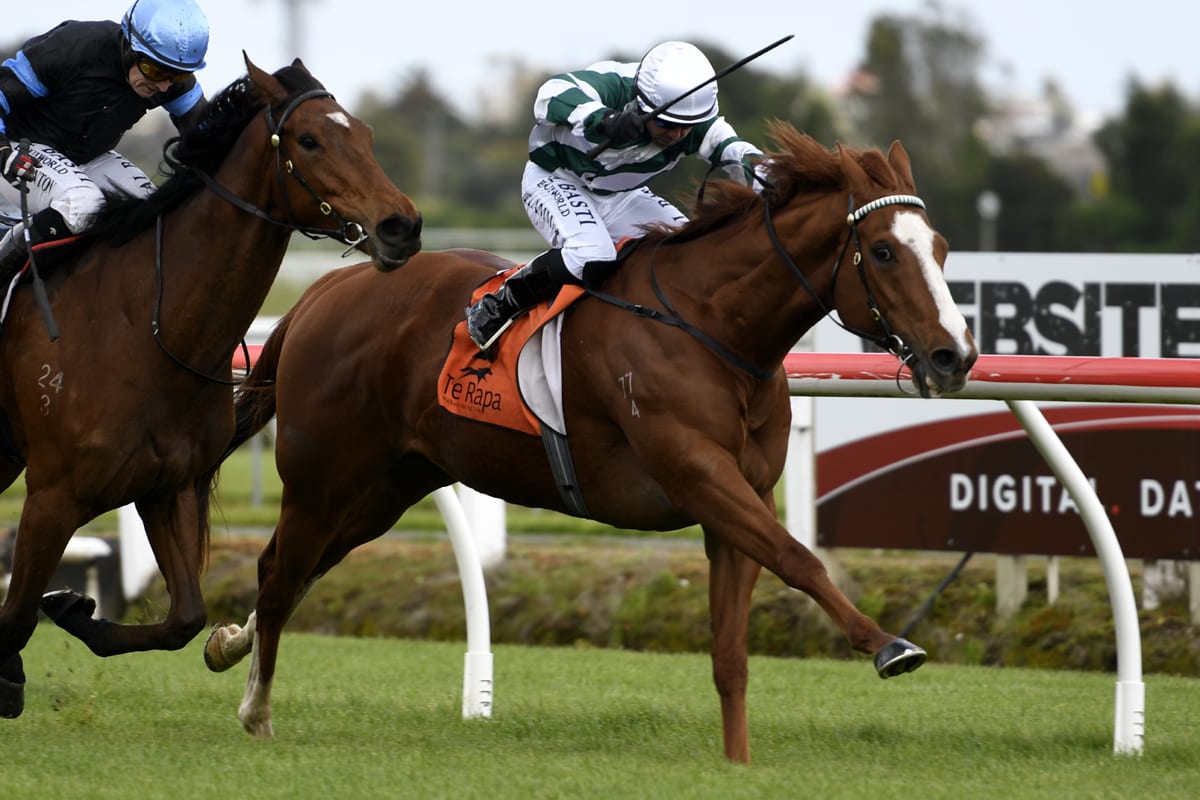 Promising stayer Super Hoof will have a final hit-out at Taupo on Wednesday before being set for his first tilt at black-type next month. The six-year-old gelding will line-up in the Harcourts Taupo Cup With Fasttrack $5K (2000m) and trainer Glenn Old believes that will top him off nicely for the Group 3 NZ Campus Of Innovation & Sport Wellington Cup (3200m) at Trentham next month.

Old has been pleased with Super Hoof in the lead-up to Wednesday’s assignment, with the son of Cape Blanco winning at Te Rapa last month over 2100m, before finishing runner-up over the same distance at Ellerslie. “He has trained on well since Ellerslie,” Old said. “He is nice and sound at the moment, so we are very happy with him. “He’s been in really good form. He just got a bit lost at Auckland. He ran out a bit up the straight.”

Super Hoof has drawn barrier 15 for Wednesday and Old said that gate is ideal for his charge. “The plan is that if something goes crazy tomorrow we will just take a sit,” he said. “I am looking forward to the Wellington Cup with him in January, so he doesn’t have to go out and bust his guts up in front. “I think the draw will be good. He doesn’t like being bottled up on the fence.”

All going to plan after Wednesday, Super Hoof will head straight to Trentham on January 30 for his feature summer assignment. “He is a horse with a few niggles. We do a lot of swimming with him, and I would be happy to go straight through to Trentham with him,” Old said.

Super Hoof will be joined in his Wednesday contest by stablemate Hay Tiger, who has drawn gate nine. “He is due some luck that horse,” Old said. “He has been very unlucky. I think he will be running on strong, so we are hopeful he will run in the money.”

Old will also line-up Its So Easy in the Earle Kirton Classic – Tumu Event (1800m), and Sacre Coeur in the J Swap Contractors Stayers 1800. “Its So Easy is on her last chance, she has been disappointing,” Old said. “But we are hopeful of a good run over ground. “I have another horse (Sacre Coeur) in the last race for a new client. He could be a rough place chance.”