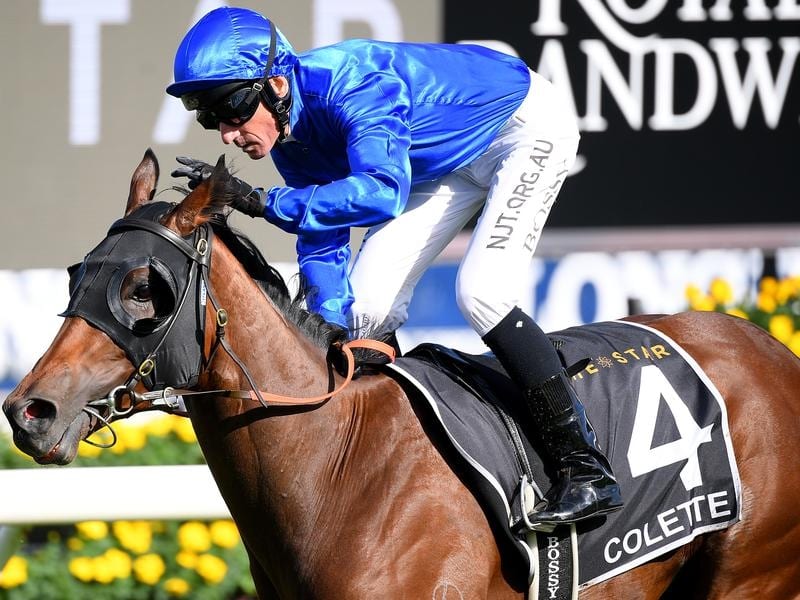 A number of star gallopers stepped out at the Randwick trials on Monday, including Group 1 winners Converge, Colette and Cascadian.

Having won the J.J. Atkins (1600m) at Eagle Farm on June 12, the Gai Waterhouse & Adrian Bott-trained Converge disappointed at his only start during the spring when eighth behind Anamoe in the Group 2 Run To The Rose (1200m).

Due to the poor showing on that occasion, the astute stable opted to abandon his spring campaign and save him for the Sydney Autumn Carnival, where the son of Frankel can be targeted towards the three-year-old classic races.

Having finished second in his first trial on January 6 at Gosford, the gelding was dominant in this morning’s opening heat, beating his stablemate Tilianam by 2.9 lengths.

The Group 1 winner settled down with only two horses behind him in the 1000m Group & Listed trial, but he quickly and easily sliced his way through the field of eight under Tim Clark to win stylishly.

In the second heat of the day, James Cummings saddled up four runners: Colette, Cascadian, Paulele and Heresy.

Although the 900m scamper was won by Bjorn Baker’s speedy gelding Malkovich, all eyes were on the Godolphin quartet, in particular after the finish line as Empire Rose Stakes winner Colette cruised through her gears and accelerated beautifully.

Colette holds a nomination for the AU$5 million All-Star Mile (1600m) on March 19, with voting open to the public this morning.

The dual Group 1 winner finished eighth in the trial, while three-year-old filly Heresy ran third behind Malkovich and Minhaaj, with her stablemate Paulele also cruising behind the pack to run fourth.

Paulele is expected to head towards The Galaxy (1100m) on Golden Slipper Day at Rosehill Gardens, where a rematch with Home Affairs is likely to take place.

Those two colts share favouritism for The Galaxy at +500 apiece, while the trial runner-up, Minhaaj, is a +1400 chance in that same race on March 19.

It was a busy morning for Cummings, who sent out five runners in Trial 3, but it was John O’Shea’s star sprinter Lost And Running who stole the show.

The five-year-old son of Per Incanto finished fourth in last year’s edition of The Everest (1200m) before going on to win The Hunter (1300m) at Newcastle on November 13 by 1.25 lengths.

Guided around the 900m course by Hugh Bowman, the gelding settled down midfield before peeling out three-wide at the first turn.

Despite the wide path, Lost And Running was able to slide past Arcaded and Shout The Bar, while Kallos and Rocha Clock worked home well behind that trio.

Lost And Running is likely to head towards the Group 1 T.J. Smith Stakes (1200m) on April 2 at Royal Randwick, where he is currently an +1000 chance behind three of the land’s best sprinters: Nature Strip, Eduardo and Masked Crusader.

The Sydney Autumn Carnival unofficially begins at Rosehill Gardens this Saturday with the running of the Group 2 Expressway Stakes (1200m), where the likes of Anamoe and Forbidden Love are expected to resume.