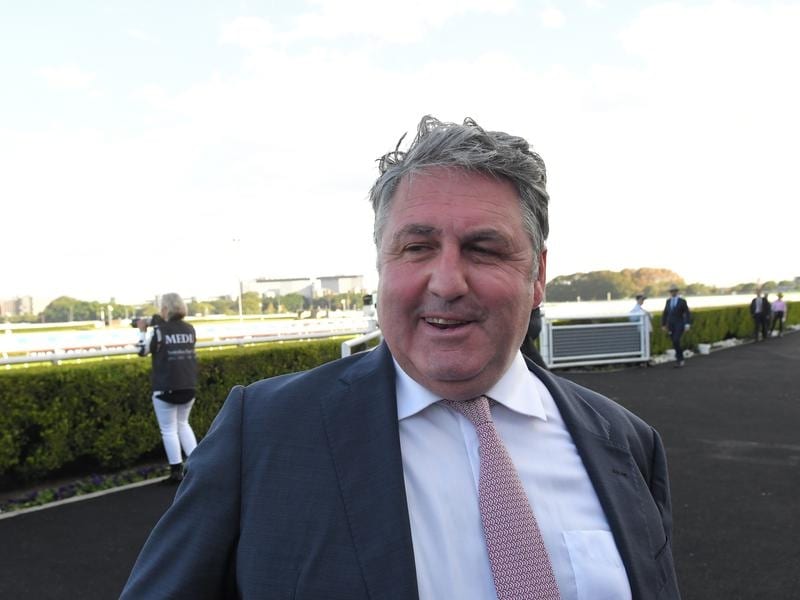 A lucrative bonus awaits Caulfield Guineas placegetter Groundswell if he can win the $500,000 Carbine Club Stakes at Flemington.

The Anthony Freedman-trained colt is the early favourite for Saturday’s Group Three Carbine Club and one of three runners eligible to claim a $1 million bonus.

Groundswell is one of two runners in the race for Freedman, with Heirborn the other.

Freedman’s racing manager Brad Taylor believes both are chances, with Groundswell the $3.30 favourite while Heirborn is on the third line of betting at $4.80.

“Groundswell has just continued to go on an upward spiral,” Taylor said.

“His work on Tuesday morning was probably slightly better than his work leading into the Guineas, so he’s continued to improve.

“We can’t fault him. He was third-up into the Guineas and I think he’ll be peaking fourth-up.

“He’ll be very hard to beat and there’s a nice bonus attached to the race.”

Heirborn won a maiden at Bendigo on debut in late July before winning over 1400m at Flemington in early August.

The Carbine Club has been his spring target and he finished third in the Listed Gothic Stakes (1400m) at Caulfield in his lead-up race.

“We spelled him after he won at Flemington with this race being the target,” Taylor said.

“He was very good the other day. He just got back and made ground.

“He’ll be suited back to Flemington rather than Caulfield and he’s going to appreciate stepping up to the mile.

“Both are fantastic chances.”

The stable also has a runner in the day’s feature, with Super Impose Stakes winner Warning in the $2 million Group One Victoria Derby (2500m).

Warning was runner-up in the Caulfield Classic last start and gets back to Flemington where he won the Super Impose (1800m) two runs ago.

“We’ve been building right towards the Derby and it’s always been our one aim,” Taylor said.

“Anthony is very good at having the horses peak at the right day. He doesn’t get it wrong too often and hopefully he can get it right again on Saturday.”