Windsor Park’s Charm Spirit to the fore at Flemington 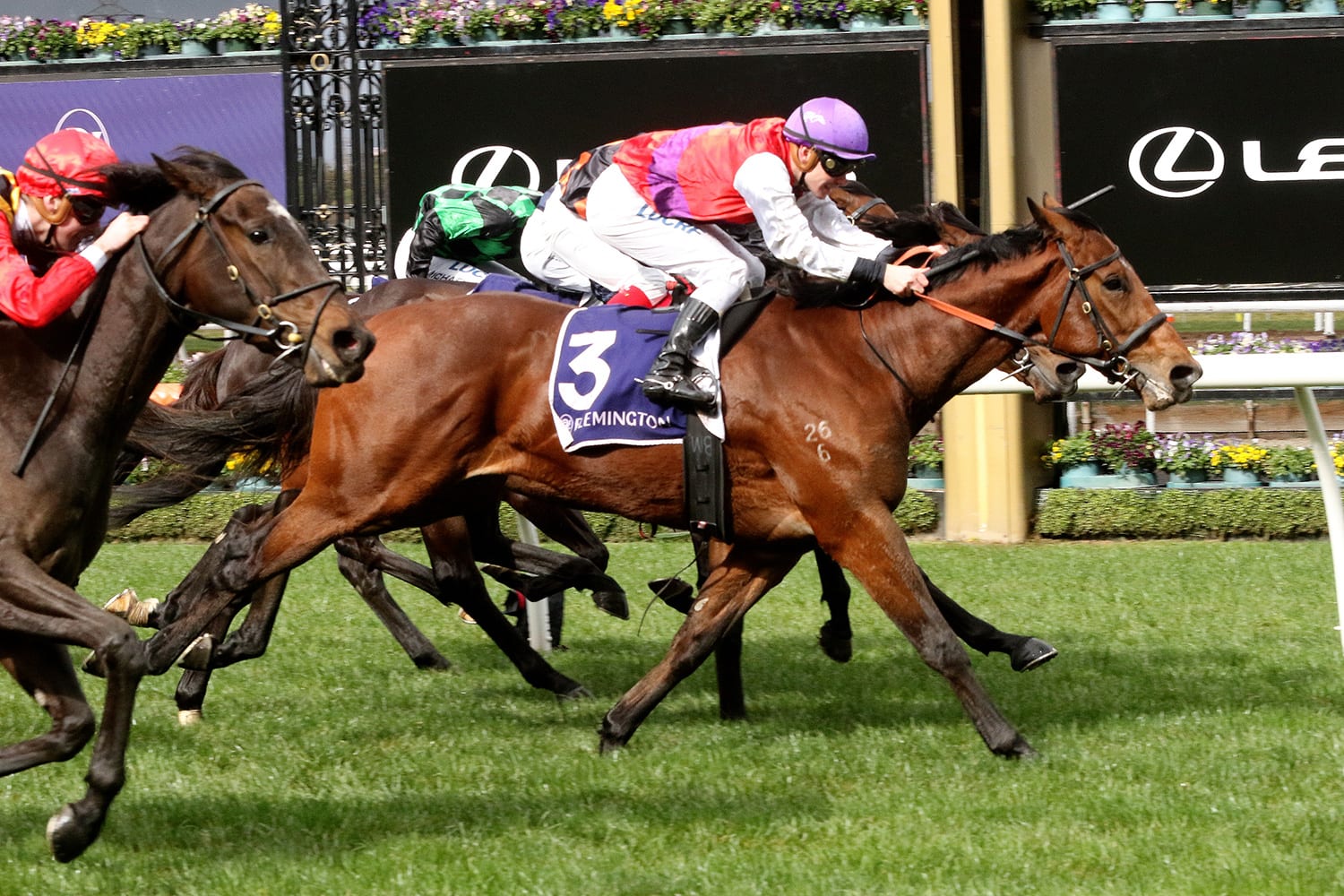 The impressive run of form of progeny from the first-crop of star miler Charm Spirit continued on Saturday when Heirborn defied a moderate tempo and a wide passage to close well from the rear and claim the VRC Member Helen Saffin Handicap (1400m) at Flemington.

The Anthony Freedman-trained three-year-old is now unbeaten in his two starts and is expected to progress further with time and a step-up in distance, whether that be this preparation or in the autumn for the gelding who holds a nomination for the Group 1 Caulfield Guineas (1600m). “He is a very genuine horse and we have liked him from day one,” stable foreman Sam Freedman said.

“He has just got the best attitude and he is so relaxed and hopefully he can stretch out over a bit further. “He is just a big frame. He has really got to fill into himself and the way he raced there he looks like he is looking for the mile now, but we will get him home and Anthony will map a plan from there. “Ben Melham has trialled him twice on soft going and really didn’t think he handled it that well, so it is fairly exciting to think he should improve on top of the ground.”

Freedman admitted he had butted heads with his father when purchasing the son of Charm Spirit and Zabeel mare Zaloot for $125,000 as a yearling. “He didn’t really like him, he thought he had long pasterns, but hopefully it can all work out now,” he said.

A half-brother to the Ciaron Maher and David Eustace-trained stakes winner Naantali, Heirborn was bred by Windsor Park Stud’s Marketing Manager Mike Moran and his wife Helen, in conjunction with friends Chris and Carol Chamberlain. “He’s a lovely horse who they have told us from day one has something special about him,” Moran said.

“He was sold in Melbourne but several of our friends have been able to take a share in him. “He’s from a fast family with his older half-sister Naantali being a stakes winner over 1400m but he looks like he might be able to stretch out over more ground. “He’s likely to have a wee break now and then they might look at races like the Carbine Club Stakes (Group 3, 1600m) on the last day of the Melbourne Cup Carnival or the Sandown Guineas (Group 2, 1600m).”

A triple Group 1 winning miler, Charm Spirit is the highest earning son of leading international sire and sire of sires Invincible Spirit. Charm Spirit has made a strong start to his stud career with seven individual winners of ten races from his first crop, which have just turned three. His best southern hemisphere performer to date is the Murray Baker and Andrew Forsman- trained Group 2 winner Aretha, who is being aimed at the Group 1 New Zealand 1000 Guineas (1600m) this term.

Charm Spirit was also represented by impressive debut winner Leporem Star at Ballarat on Friday for trainer Robert Hickmott and a large contingent of New Zealand owners. The Windsor Park Stud shuttle stallion has been represented by a number of promising late-season two-year-olds, which bodes well for the future, including Sansom who finished close up behind Heirborn on Saturday after three consecutive victories. “That’s a great result for Charm Spirit to have two winners in 24 hours in Australia and especially a metropolitan winner on a Saturday,” Windsor Park Stud’s co-owner and stud master Rodney Schick said.

“Charm Spirit did a great job with his two-year-olds last season and we knew that his progeny were only going to get better with a bit of age on them, so to start the season like this is fantastic. “He (Charm Spirit) doesn’t have a full book at this stage so those performances should be a big boost to get some more bookings for him.” Charm Spirit stands at a fee of $18,000+GST at Windsor Park Stud this season.