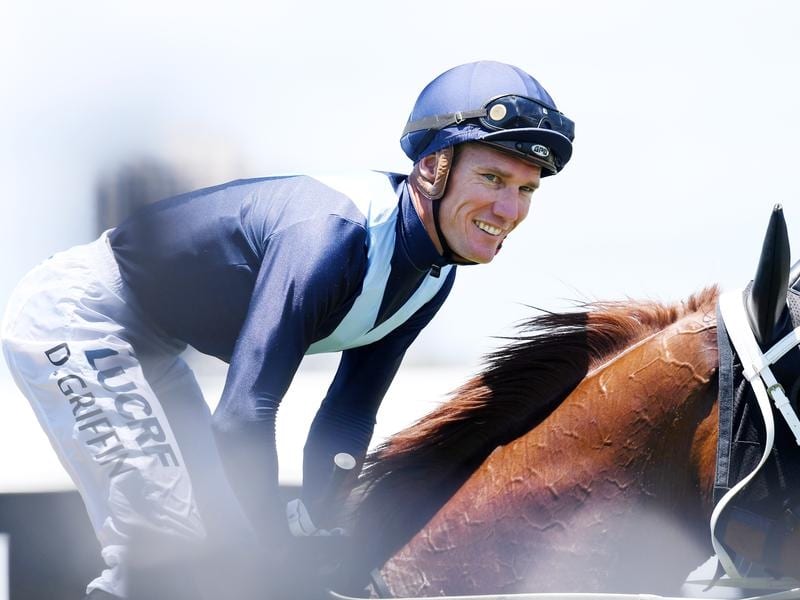 Jockey Dan Griffin confirmed his reputation as the “King of The Gold Coast” when he produced an outstanding ride to guide outsider Mr Markou to a shock win at the Gold Coast.

Griffin has won 10 Gold Coast jockeys’ premierships but in recent years has been hampered by a series of injuries.

He has been back riding for several months after an extended period on the sidelines with neck problems.

Griffin was able to angle Mr Markou over near the fence and then got to the outside in the straight to finish strongly.

Winning trainer Ben Currie was quick to praise Griffin who rarely rides for him.

“What a ride. We were worried about the barrier but Dan overcame that. He certainly knows his way around this track,” Currie said.

“I will just have to look for something a bit better for him although he will get some weight now.”

Currie trains the horse for a group of mates including well known rugby league players, brothers Shane and Ben Walker.

Mr Markou cost $165,000 as a yearling and was considered good enough to run in the Magic Millions Guineas two years ago when he finished ninth.