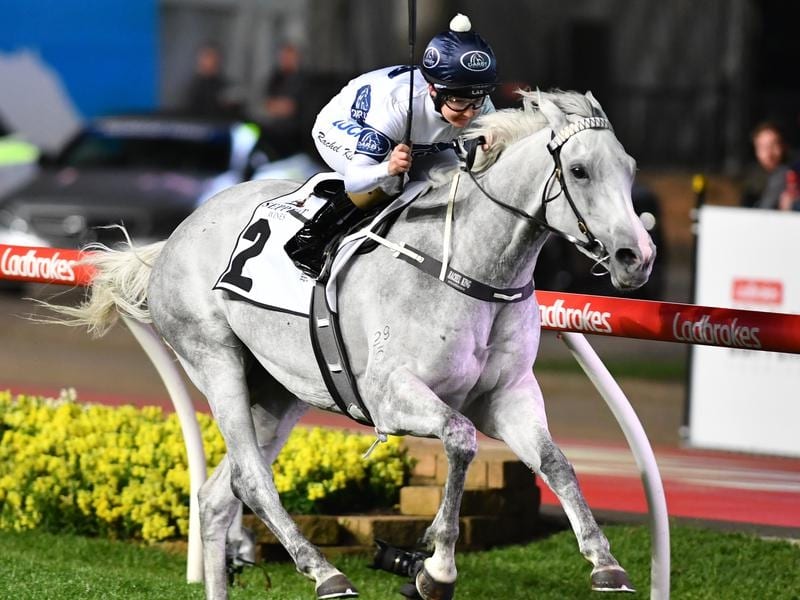 Greysful Glamour has returned to the winner’s circle for the first time in more than a year, giving Sydney trainer Mark Newnham his first winner with his first runner at The Valley.

Four-year-old Greysful Glamour dominated Friday night’s Seppelt Wines Handicap (2040m) under Sydney jockey Rachel King and raced away to beat Oceanex by six lengths in what Newnham believes will be a confidence booster for the mare.

Greysful Glamour won the VRC Oaks Trial at Flemington in September last year and was second in the Group One Oaks in November but went winless through the autumn and her first three starts of this campaign.

“That was pretty painless and it’s just good to get her back to form,” Newnham said.

“This is probably the confidence boost she needed. Rachel rated her really well and you could see a long way from home she was going to have a good kick.”

Newnham, meanwhile, will know more in the next 48 hours whether Greysful Glamour’s half-sister Celestial Falls’ can press on with a VRC Oaks campaign after she was found on Friday to have an elevated temperature.

“It was a bit of a setback there today,” Newnham said.

“Her temperature is back to normal now but we’ll know in the next 24 to 48 hours.