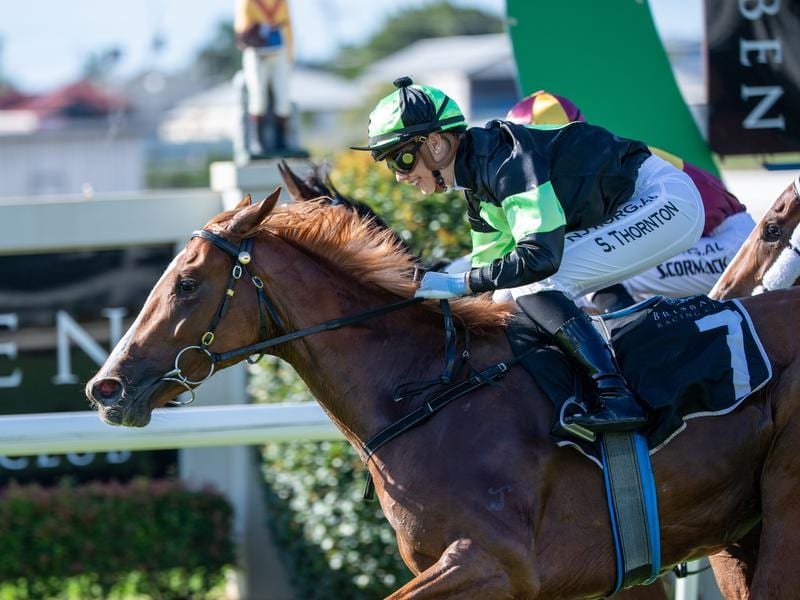 Gotta Kiss was one of four horses who arrived late on course due to a float break down and was rushed to the gates without barely having had a stretch of the legs.

She subsequently finished 12th in that event, with the other three late arrivals also racing poorly and finishing behind her in the $2 million race.

Walter is looking for redemption this year with Gotta Kiss lining up in the three-year-old feature at the Gold Coast on January 16, the Magic Millions Guineas (1400m).

“It was a total disaster last year,” Walter said.

“We had well and truly run our race before they jumped and we’re hoping for a bit more luck this year.

“She’s a high-class filly who was Group One placed behind Rothfire. The 1400m will suit but I think she’s certainly capable of running a mile later on,” he said.

Proven Thoroughbreds will saddle up another two runners on the rich race day with Scallopini and Reckless Choice.

Their six-year-old Snitzel gelding Scallopini will head to the $1 million Magic Millions Cup (1400m) on the back of a closing fourth in last Saturday’s The Buffering.

“He’s right up to it with luck in running.”

They also have Reckless Choice who is aiming to improve on last year’s performance where he finished second in the 1800m event.

The six-year-old Choisir gelding has been set for this year’s race by Steven O’Dea and Matthew Hoysted and Walter are hopeful of going one better.

“The 1800 metres race generally doesn’t attract as high-class fields as the other races and he’s a good old honest horse,” Walter said.

With between 70 to 80 horses on his books, Walter isn’t resting on his laurels and has been out inspecting this year’s crop of yearlings under testing conditions before heading north.

“I’m currently in rural isolation as we speak,” Walter said.

“I’ve looked at about 800 yearlings in New South Wales, I’m currently in Tamworth and have four more days before I can enter Queensland.”