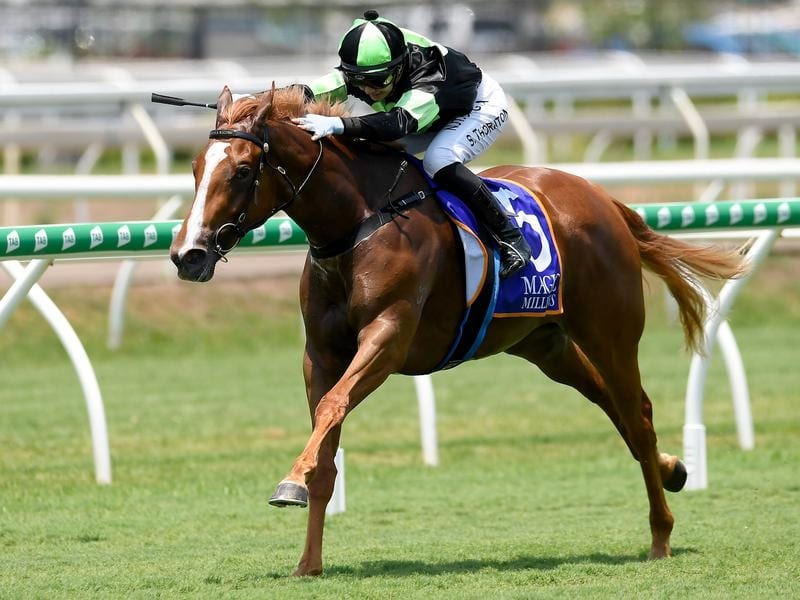 The race was run at a frantic pace and finished off in a similar manner which was indicated by the times.

But the really impressive thing was the final 600m sectional which was a leader timed 32.86 which meant Gotta Kiss ran 32.5 seconds.

Trainer Steve O’Dea said he was undecided whether to start Gotta Kiss again before the Magic Millions Classic on January 11.

Gotta Kiss was already qualified for the Classic before Saturday’s race and O’Dea had planned to use it as a final lead up.

But he has it in the back of his mind that four of the past five Magic Millions Classic winners have raced at the Gold Coast the week before the Millions.

“I will have to wait and see how she pulls up. Then we can make up our mind whether to have another run,” he said.

“We had ear muffs on her pre-race and she was a lot more settled today in the parade ring. I have no doubt she is looking for 1200m of the Millions.”

“Gotta Kiss has done everything right to date and lets hope it continues.”

Winning jockey Stephanie Thornton said she got a lovely run behind the pace and Gotta Kiss had found an extra gear in the straight.

Trainer Matt Dunn was thrilled with the run of Lady Banff who is also likely to go straight into the Millions.

“She did all the work in front and never saw the fence. I think she was the run of the race,” Dunn said.