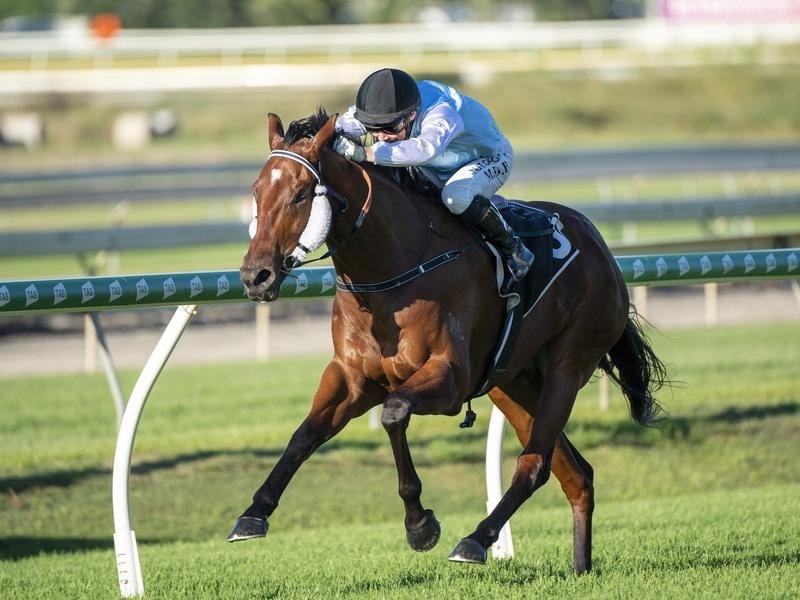 A favourable barrier draw has enticed top jockey Jim Byrne to stick with Mishani Hustler in the TAB Handicap at Doomben.

Byrne rode Mishani Hustler when the gelding finished 11th in the Listed Hinkler Quality (1110m) at Doomben on May 30.

Trainer Les Ross said the run was a lot better than it looked on paper.

“He drew off the track in barrier 15 and that can be a disaster if you can’t get across early,” Ross said.

“Unfortunately that was the way things turned out as he was deep the whole way.

“He only got beaten just on three lengths and Jim said he would have been right in the finish from a better barrier.

“Jim was keen to ride him on Saturday if he drew a good barrier and he got the two marble which was great.”

Mishani Hustler is a Doomben specialist, having won six races at the track.

“There doesn’t appear to be much coming up at Doomben for him so we will have to see what else is about for him,” Ross said.

Ross is having a good season but says it will be even better next year.

He is educating 30 yearlings for Mishani Hustler’s owner Mick Crooks.

“There are some really nice horses among them and I have applied for a satellite stable licence at Mick’s Mishani stud at cater for them all,” Ross said.

“We have had a bit of luck this season but I am really looking forward to the next 12 months. Any retirement plans I had are on the shelf.”