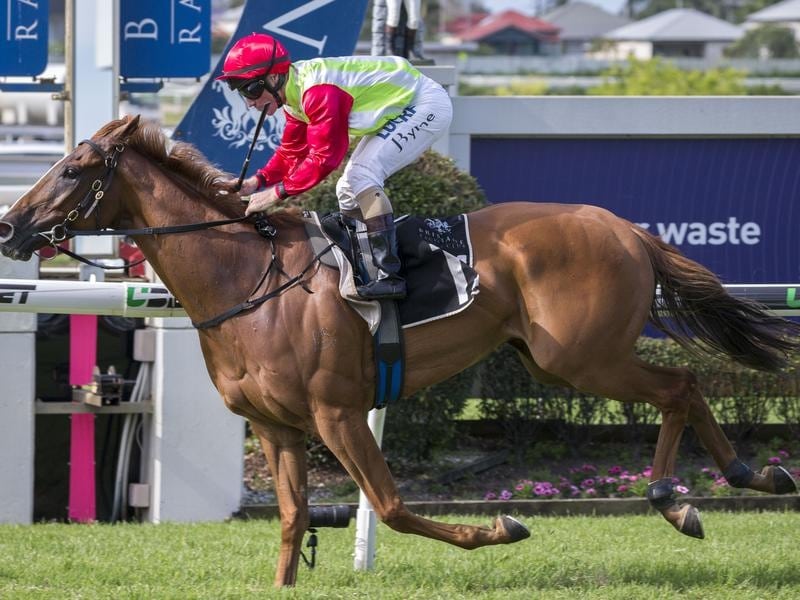 The influx of southern states sprinters into Queensland will see stakes-placed gelding Hi I’m Back drop in class this campaign.

Hi I’m Back was far from disgraced in stakes class last campaign, running second in the Weetwood Handicap and Ascot Handicap before finishing unplaced at his last start in the Chief De Beers Handicap on May 19.

However, the gelding hasn’t won since scoring at Doomben in October.

Trainer Tony Gollan has decided to dodge the better stakes races in the summer and run Hi I’m Back in off-season open company races.

Hi I’m Back and stablemate Straturbo will tackle the Bake Boss Handicap (1000m) at the Sunshine Coast on Saturday.

“A lot of southern horses are coming up here and it has helped keep his weight down,” Gollan said.

“It gives him a chance to win a couple of off-season races and if his form is so strong and his rating goes right up we will then look at the summer.”

“He has won two trials in the lead up to this Saturday so I am expecting him to race well.”

Gollan believes Straturbo is now in a similar position to Hi I’m Back.

“He has won stakes races as a younger horse but he is better suited in these off-season races. There is no reason he can’t win a couple more,” he said.

Gollan expects to play a strong hand at the Sunshine Coast after a double at Doomben on Wednesday.

Zamex won two Highway races in Sydney and a Benchmark race at Ipswich on Cup day but in recent times has been campaigning in the northern rivers Cups races.

He dead-heated to win the Murwillumbah Cup and also has the McLean Cup on his trophy shelf.

“Zamex has been racing well in country races. I’m not that keen to run him at Doomben and I think 1400 metres on the big Caloundra track will suit,” Dunn said.