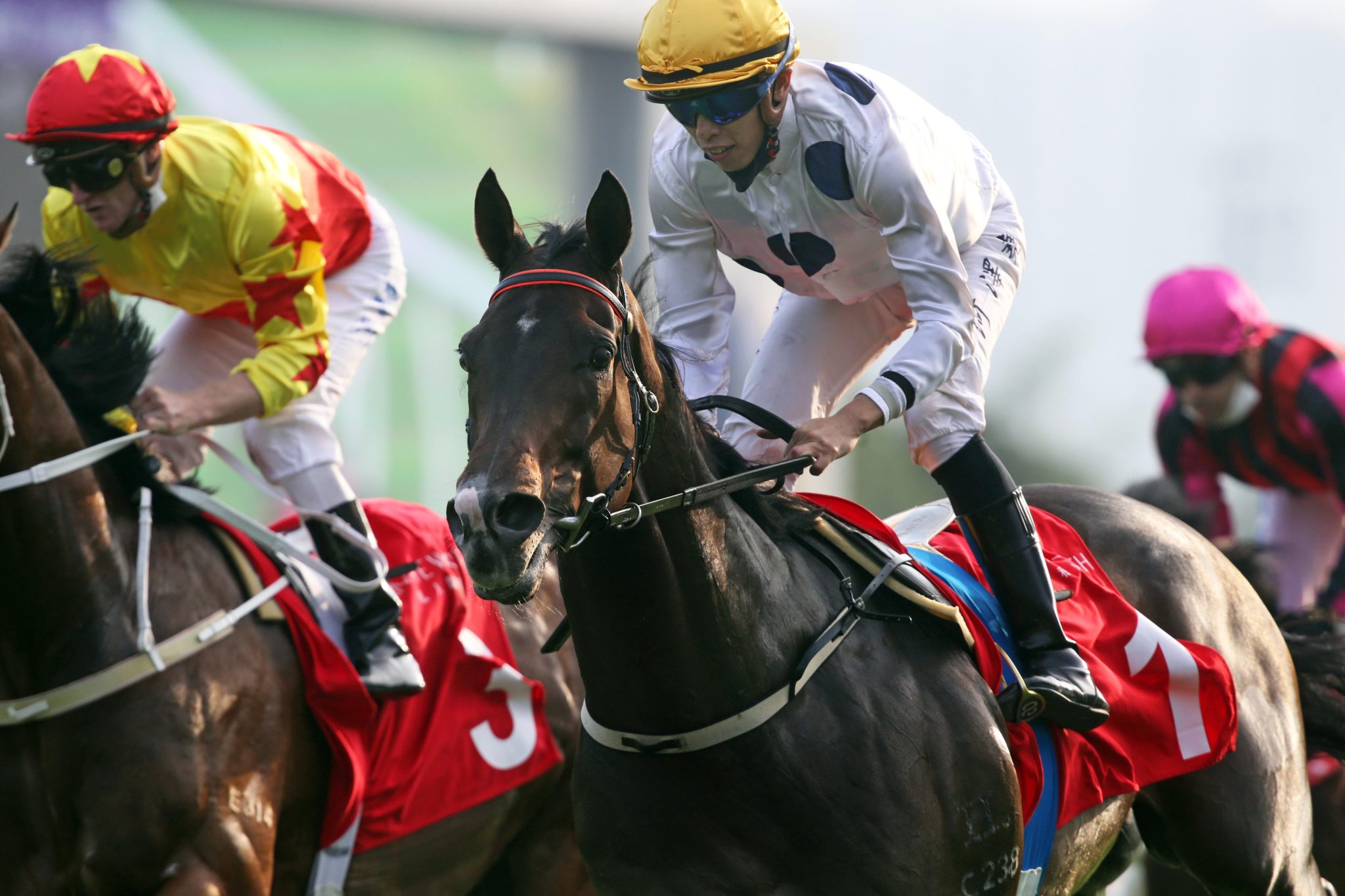 Underlining international support for Hong Kong’s showpiece meeting, 24 of the selected runners are from overseas – an increase of five on 2021 – as history beckons for Golden Sixty, who will attempt to join Good Ba Ba as the only three-time winners of the Hong Kong Mile, while Japan’s Glory Vase chases a record third Hong Kong Vase victory.

Hong Kong’s defence will be built around a select cluster of Group 1 winners, notably Golden Sixty, who resumed in gripping fashion last Sunday (November 20) with the 22nd win of his 25-start career, enhancing his all-time earnings to HK$116,250,600 (a Hong Kong record).

Leading the home team – alongside the likes of Romantic Warrior, Wellington and Lucky Sweynesse – Golden Sixty will look to defend his crown against the emerging and exciting California Spangle, while Japanese Group 1 winners Schnell Meister and Danon Scorpion are out to thwart his history-equalling bid, along with Salios who returns after running third in the 2021 Hong Kong Mile. Great Britain’s Saffron Beach – a two-time Group 1 winner – is included as well as Laws Of Indices from Australia.

Panthalassa brings his exhilarating front-running tactics to Sha Tin for the Hong Kong Cup after his stunning second to Equinox last start in the Group 1 Tenno Sho Autumn (2000m) at Tokyo, while Jack d’Or – Chukyo’s 2000m track record holder – features as well as Group 1 winners Geoglyph, Danon The Kid and the returning Lei Papale, who completes the quintet.

Irish training maestro Aidan O’Brien will be represented by Order Of Australia.

Singapore returns to the fray in Hong Kong with Lim’s Kosciuszko featuring in the Hong Kong Sprint as an 11-time winner from 14 starts. The Australian-bred is a two-time Singapore Group 1 winner with titles in the 2022 SIN Group 1 Singapore Derby (1800m) and 2022 SIN Group 1 Lion City Cup (1200m) at Kranji.

While O’Brien hunts another Hong Kong Vase, Japan’s Glory Vase is out to become the only three-time winner of the race following his victories in 2019 and 2021. Silk Racing’s charge has an incredible affinity with Hong Kong and Glory Vase is one of four horses (Luso, Doctor Dino and Highland Reel) with two wins in the race.

Win Marilyn joins him from Japan off the back of her brave second-placed effort to Geraldina in the Group 1 Queen Elizabeth II Cup (2200m) at Hanshin earlier this month.

The home team is led by Senor Toba, Panfield and Butterfield.

Mr Andrew Harding, The Hong Kong Jockey Club’s Executive Director, Racing, said: “The LONGINES Hong Kong International Races are firmly established as one of world racing’s leading events and this year we will welcome an excellent line-up from Japan, Europe, Australia and Singapore.

“Once more, we are delighted that the quality of selected runners for this year’s LONGINES Hong Kong International Races is in keeping with our long-held commitment to deliver sporting excellence and this is highlighted with strong groups from Japan and Europe headed for Hong Kong to compete against Golden Sixty, Romantic Warrior and more.

“Golden Sixty is Hong Kong’s hero and his legion of fans will be out in force at Sha Tin as he aims for a record-equalling third straight LONGINES Hong Kong Mile – a feat achieved only by the great Good Ba Ba. Romantic Warrior has made rapid progress to reach and succeed at the pinnacle of racing here in Hong Kong and we are extremely excited to see him contest the LONGINES Hong Kong Cup.

“We have staged outstanding editions of the LONGINES Hong Kong International Races over the past two years with champion horses and jockeys from around the world taking part, but the opportunity to have overseas racehorse owners, media and fans here with us again is incredibly exciting. This will be a very special renewal of the LONGINES Hong Kong International Races and a thrilling afternoon of sport on Sunday, 11 December at Sha Tin.”