Golden Eagle aspirations put to the sword on Saturday 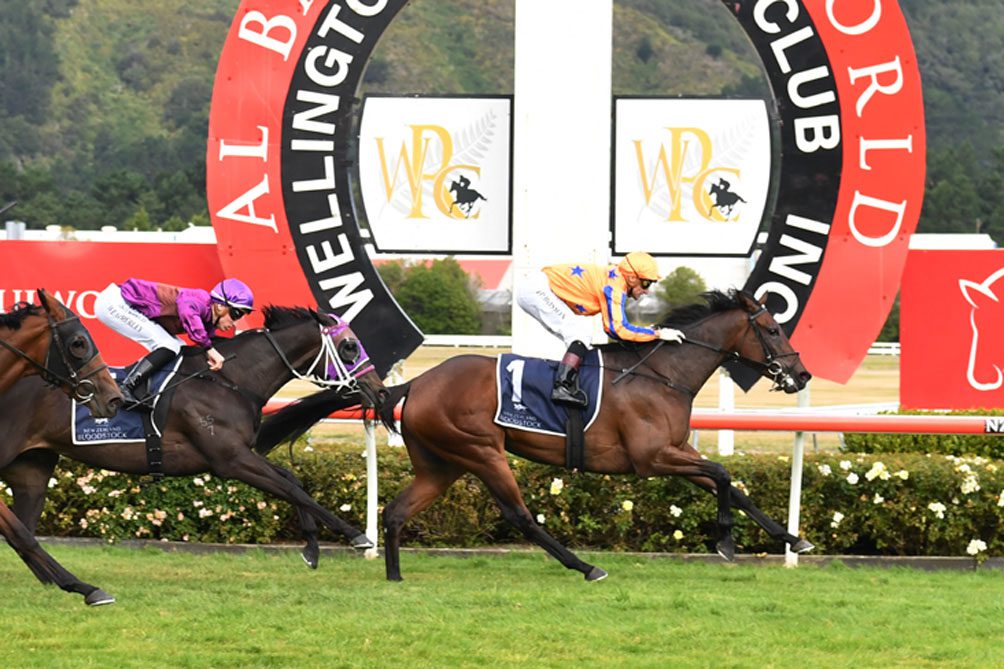 Jamie Richards will once again have a strong contingent racing in Australia this weekend, with two runners apiece at Randwick and Caulfield on Saturday.

Last season’s star New Zealand filly Amarelinha has a tilt at the AUD$7.5 million Golden Eagle (1500m) on the line when she contests the Group 3 Angst Stakes (1600m) at Randwick, with Richards favouring other options if she doesn’t win emphatically.

“There are a few options there for her. She would have to win impressively to be a Golden Eagle horse, with horses like Mo’unga going there,” Richards said.

The Group 1 New Zealand Oaks (2400m) winner finished eighth first-up in the Group 3 Bill Ritchie Handicap (1400m) and has been given plenty of time to come through that run.

“Amarelinha just had no luck first-up so we decided to miss the Epsom (Group 1, 1600m) and just give her another week and have her ready for this,” Richards said.

“She is going to carry topweight (59kg), but there is only a four or five kilo spread, and we have got the services of James McDonald, which is always a big help.”

Earlier on the card, stablemate Sword Of State will also have his second-up run in the Group 2 Roman Consul Stakes (1200m) after also being luckless first-up in the Listed Heritage Stakes (1100m), where he carried 60kg.

“He has improved in terms of his fitness, which he needed to and will present in pretty good shape,” Richards said.

“He ran well (in the Heritage Stakes) he just got caught three deep with 60-kilos, which is never easy.

“He had a good crack at it, I don’t think he gave it away, just being caught three wide and not having a trial before it, there were a few things against him.”

Richards will also be keeping a close eye on Caulfield where Kahma Lass will contest the Listed Weekend Hussler (1400m) while Probabeel will line-up in the Group 1 Might And Power (2000m).

“Kahma Lass will run in the 1400m, the Weekend Hussler, we are just keen to get her in a handicap against the boys to give her a bit of weight relief,” Richards said.

“She seems to be working well. We have given her three weeks since her first-up run (when eighth in the Group 3 How Now Stakes, 1200m). She put in a good performance that day, she was four and five-wide the trip with a big weight. Hopefully she gets a bit of luck on the weekend.”

Probabeel will meet five adversaries on Saturday and will be trying to turn the tables on Group 1 Cox Plate (2040m) favourite Zaaki, who beat her last start in the Group 1 Underwood Stakes (1800m).

“Probabeel seems to be good and bright, just like normal,” Richards said. “She is up against Zaaki again, but she loves Caulfield and she will run another good, honest race.”

Closer to home Richards will have a handful of runners at his home meeting at Matamata on Saturday, including Group 1 Al Basti Equiworld New Zealand Dubai New Zealand 2000 Guineas (1600m) aspirant I Wish I Win.

The son of Savabeel has finished runner-up in his two starts this preparation, including the Group 3 Northland Breeders’ Stakes (1200m) and Listed El Roca – Sir Colin Meads Trophy (1200m).

“We just gave him three or four days in the paddock after those two first-up runs,” Richards said.

“I just didn’t think he needed another trip to Hastings, so we have spaced his runs out a little bit.

“I think this race fits in well to the overall scheme of things as we head to the 2000 Guineas.

“He has worked up well with the blinkers on.

“We don’t really want any more rain for him so we will keep an eye on weather conditions. He has been effective on slow ground, but I think he is better on top of it.”