Golden Eagle and Cantala Stakes on Our Playboy’s radar 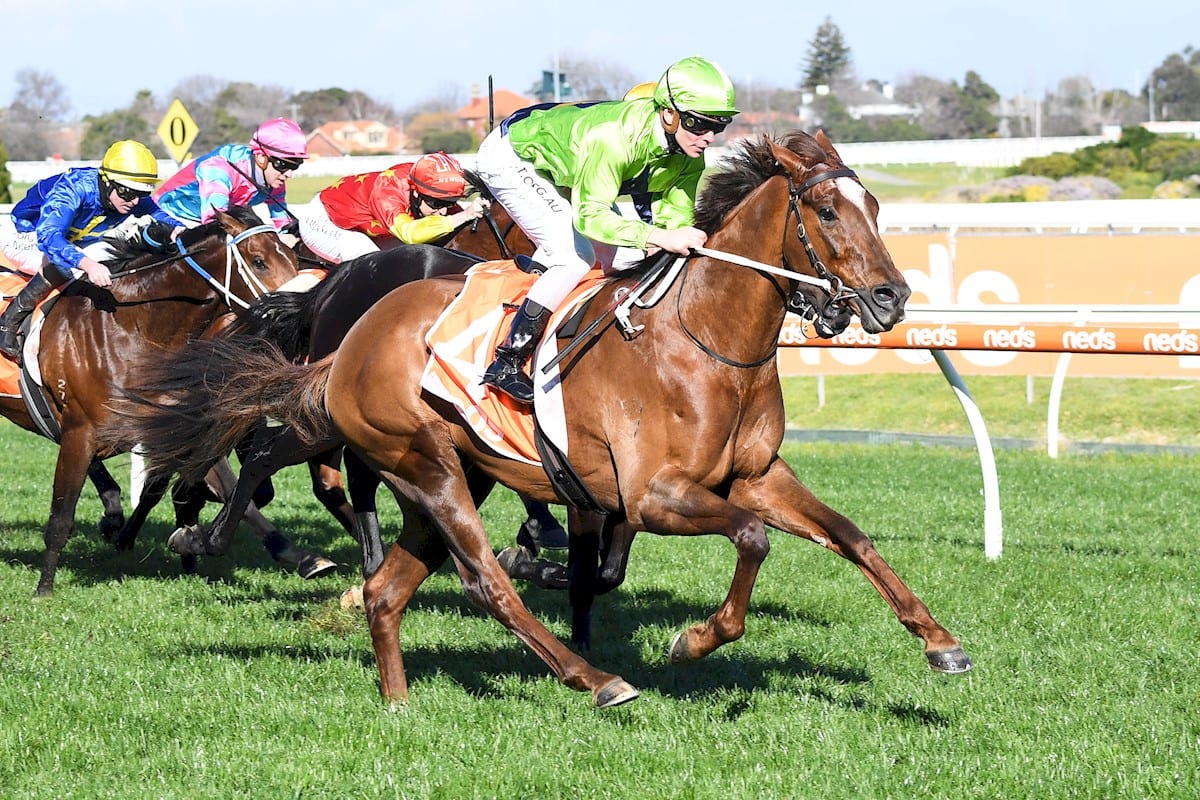 Australian trainers Mick Price and Michael Kent Jr have hinted at big plans this spring for Our Playboy after he trounced his rivals in the Group 3 Winx Guineas (1600m) at the Sunshine Coast on Sunday.

The son of Sebring was partnered by Robbie Fradd, who gave the Victorian galloper one of the best rides of the Queensland Winter Carnival to date.

After jumping from the outside alley in the big field, Fradd immediately snagged the chestnut to the rear of the field and rode for luck in the concluding stages – and luck he got.

Sticking to the fence, the run opened up like the Red Sea, and the $8 chance took over quickly to race away and win the $175,000 feature by 5.8 lengths.

Our Playboy had a very Winx like run in the Winx Guineas! He’s brained them to win the Group 3 @SCTurfClub! pic.twitter.com/PYbn73chPF— SKY Racing (@SkyRacingAU) July 11, 2021

While the talented three-year-old had been nearly 12 months without a win, it had also been that long since he raced on a wet track, which was clearly a big factor as he took his tally to four wins from 14 starts.

The victory on Sunday afternoon was Our Playboy’s first crack at the mile, with previous campaigns seeing the horse race over shorter sprint trips; namely the Group 3 Vain Stakes (1100m) and Group 1 Coolmore Stud Stakes (1200m) last spring in Melbourne.

While no real 2021 Spring Carnival targets have been decided upon yet, Price wasn’t shy to admit that the Golden Eagle could be on their agenda, but the Cantala Stakes on VRC Derby Day is his more likely target.

“I think he’s had a good, solid preparation up there (Queensland),” Price told TDN AusNZ.

“He’ll spell at Kolora and I’ll try to catch the Cantala with him at Flemington.

“The mile today, while it was a Soft track and it was restricted to three-year-olds, he still won by five (lengths) and so I’ll try and find some nice mile races for him.”

Our Playboy now takes his earnings to just shy of $300,000 but will look to add to that in the fast-approaching Melbourne Spring Carnival.

Our Playboy is $51 with online bookies in the Golden Eagle, while markets are yet to be released for the Cantala Stakes.