Golden Chance For Lees In Group One Rose 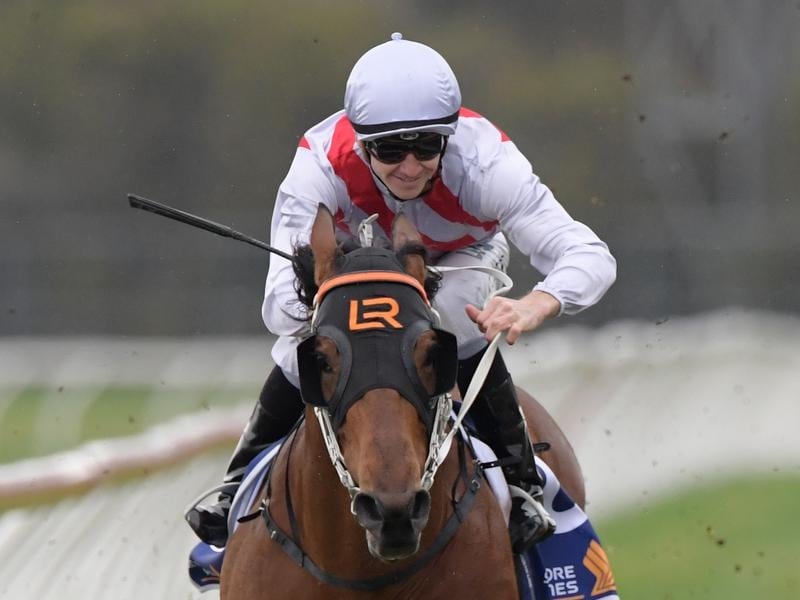 Graff’s tilt at the $1 million Golden Rose could prove a career-defining race for trainer Kris Lees.

Lees has enjoyed success at the highest level for more than a decade but to date his best horses have been fillies and mares like Samantha Miss and Lucia Valentina, or geldings such as County Tyrone and Le Romain.

In Graff, Lees has arguably his first genuine opportunity to showcase his talent for managing a colt with the pedigree to be a success at stud.

“It’s good to have a colt with some potential to be a stallion,” Lees said.

“He’s owned by the right person to do that job, Alan Bell, and hopefully we can manage him right and get him there.”

Bell bought the son of Star Witness out of Group Three winner Dinkum Diamond for $200,000 as a yearling and asked Lees to look him over.

Lees was taken by Graff’s strength and conformation.

When the colt arrived at his Newcastle stable, the trainer quickly discovered Graff had talent to match.

“He showed ability from day one,” Lees said.

“He went in and out a couple of times. He nearly went to the races and then we put him back away and he’s just kept improving each time he’s come back into work.”

Graff won his first three starts then was narrowly beaten in the Run To The Rose after being caught wide from a bad barrier and sustaining a long run.

He has drawn ideally in four on Saturday and Lees admits the good gate is a relief.

“That was pretty vital I feel. It’s a very competitive race,” Lees said.

“As you saw at his most recent run, barriers play a big part. He looks to get the right type of run on paper and I can’t be happier with the horse.”

If Graff can win the Golden Rose, it will go a long way to securing him a future at stud.

And Lees has left no stone unturned to get him to the Golden Rose in peak condition.

“He improved out of that first-up run and I thought his run the other day was terrific.

“He’s maintained his form, tightened up a little bit more so I think he’s in the right condition to go into a 1400-metre Group One race,” Lees said.