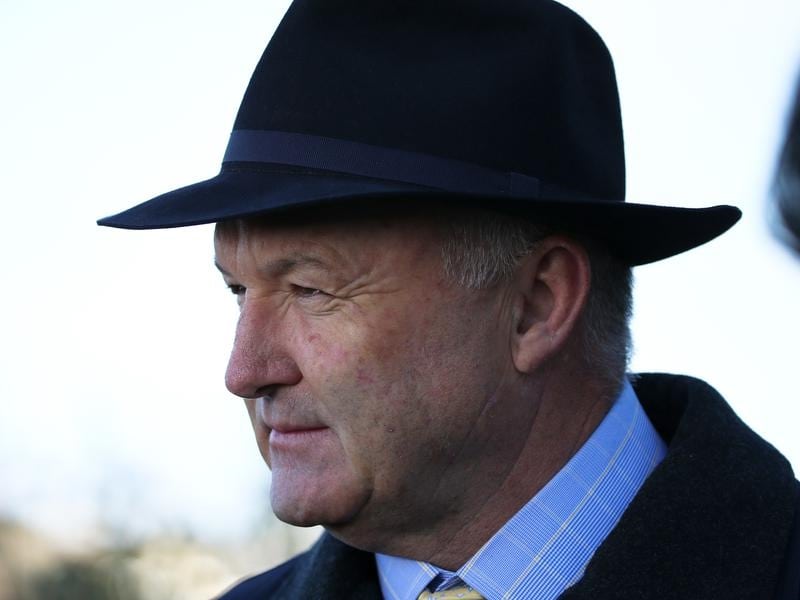 Three-year-old Gold Mag will be out to back up an impressive debut win in country Victoria when he makes his city debut at Sandown.

And the Lindsay Park-trained colt will have the services of man-of-the-moment Craig Williams who heads into Wednesday’s meeting after a career-best six winners on the nine-race program at Flemington on Saturday.

Williams has a nine-win lead over Damian Lane in the Melbourne jockeys’ premiership with six meetings remaining and has another strong book of rides at Sandown.

Gold Mag stepped out for his debut at Bendigo in an 1100m-maiden on a heavy track on June 17 with Mark Zahra aboard.

After racing on the pace the gelding left his rivals behind in the straight to win by 4-3/4-lengths.

He lines up in benchmark-64 grade against his own age on Wednesday.

“I thought his debut was outstanding,” Hayes said.

“It was a maiden and this is a little bit harder again but he’s looks a good young horse for me.

“If I see it again tomorrow I’ll be thrilled.

“We were pretty confident he would run well at Bendigo, but we didn’t think he would win that easy.”

Hayes said it was too early to predict what level Gold Mag could get to.

“Let’s see what he does tomorrow,” he said.

The Lindsay Park stable has also booked Williams for the ride on two-year-old filly Subican in the Ladbrokes Protest Payout Handicap (1400m).

Williams, who is on target to claim his seventh Melbourne premiership, has ridden nine winners from the past two city meetings.