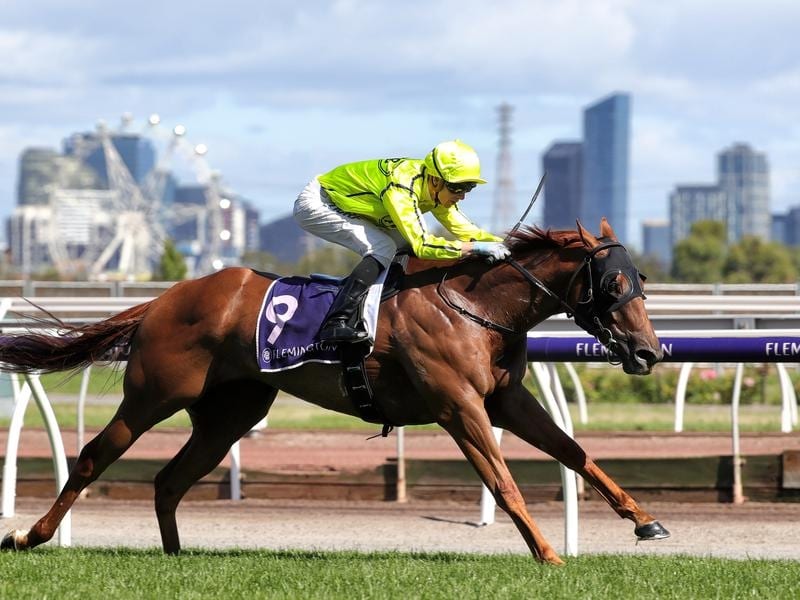 Connections of Mr Money Bags will monitor the order of entry for the Magic Millions Cup at the Gold Coast before making a call whether to send the gelding north for a crack at the $1 million race.

Mr Money Bags won at Flemington last month before being scratched from a race at the same track on Tuesday.

Griffiths indicated the preference was to give four-year-old Mr Money Bags his chance in the Magic Millions Cup (1400m) at the Gold Coast if he was assured a start, but the ballot order will prove telling.

“The plan is for him to run on Saturday the 12th (of January). The question is whether it’s at the Gold Coast or whether it’s in the (Listed) Chester Manifold Stakes at Flemington,” Griffiths said.

“The nominations close today for the Gold Coast race so we’ll get a bit of an idea what the order of entry is tomorrow and if we’re too far down the order we’ll have a discussion with the owners whether we want to take the risk or just make a decision on staying home.

“If he’s guaranteed a run at the Gold Coast, he’ll go.

“And then we’re waiting on flight arrangements and stuff like that. It’s not all packaged together yet but the horse is in good order and I’m sure wherever he goes he’s going to give us a good run because he’s in form.”