Gold Bracelet delivers another Guineas for Benner and Wynyard 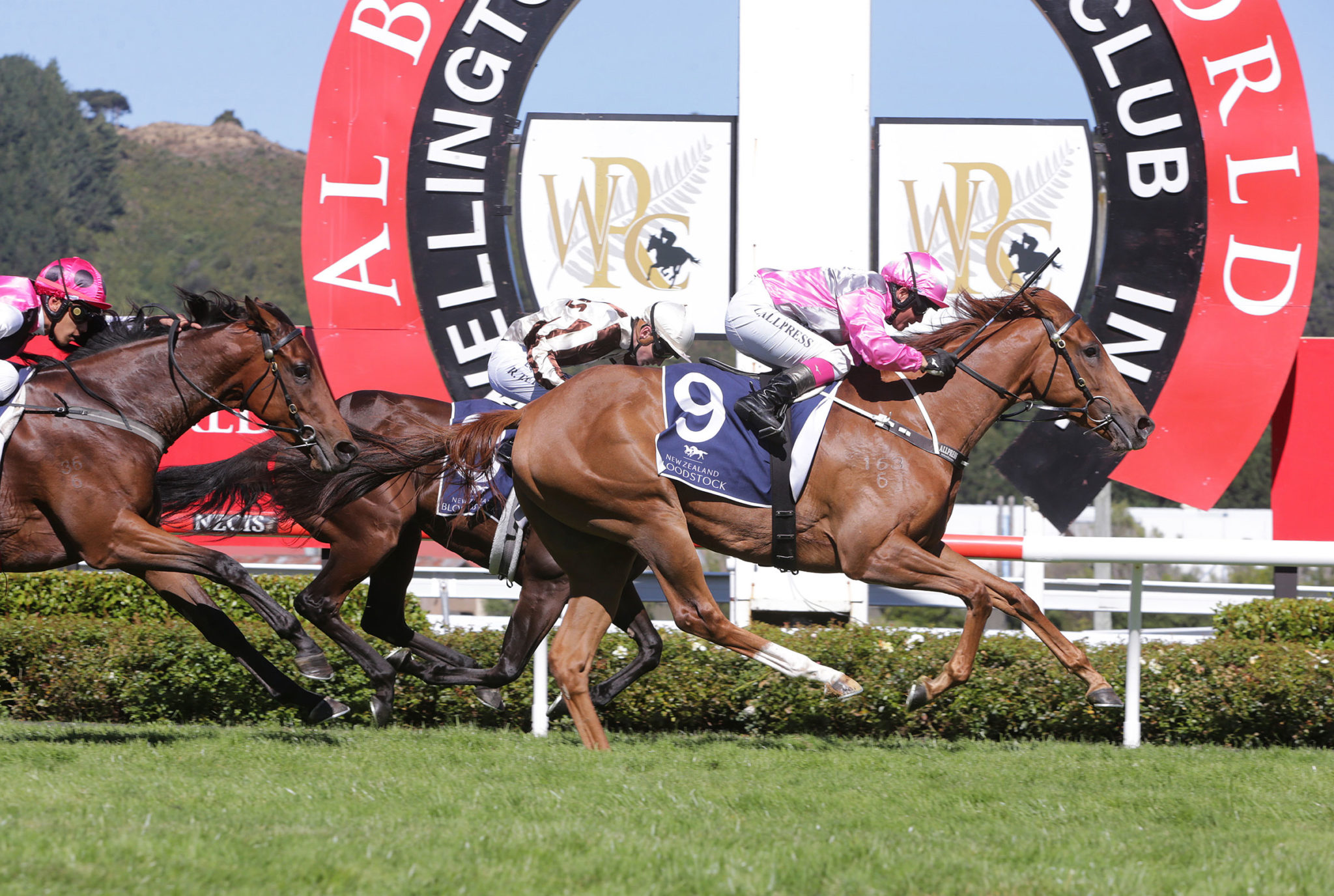 In contrast to Vespa and Scott Base, who were heavily favoured for their impressive victories in 2015 and 2018 respectively, this was a $22 upset by a filly who came into the race well under the radar. “When the bookies opened her up at $24 early in the week, I thought either we got it very wrong or they got it wrong,” Benner said. “Luckily it turned out it was them who had it wrong. “We’ve won this race a couple of times before and know what it takes to win it. We were pretty confident coming into today.”

Rider Lisa Allpress found a perfect position just behind a strong pace, then moved Gold Bracelet off the rail coming up to the home turn. The Otaki filly dashed to the lead 150 metres from home, then held out the late challenge of Levante to win by a long neck. “The pace was on early and she was kicking along nicely three back on the fence,” Allpress said. “She got a lovely run through, the gaps appeared and she just kept coming. She won really well.”

Gold Bracelet has now won three of her four starts for owner Jen Campin, who paid $25,000 to buy her at the 2018 Ready to Run Sale at Karaka. She is by Pins, who also sired last year’s Guineas winner Emily Margaret. After finishing fourth on debut in November, Gold Bracelet has strung together three impressive victories at New Plymouth, at Otaki and now in Saturday’s $100,000 feature at Trentham.

“Her work since she won at Otaki has been nothing short of brilliant, and that was a great performance today,” Benner said. “We’ll go home and see how she pulls up before making any plans on what we do from here. But there are a couple of lovely fillies’ races coming up at Riccarton that we think she’d be very competitive in – the NZB Insurance Stakes (Listed, 1600m, April 4) and Warstep Stakes (Listed, 2000m, April 18).”

Runner-up Levante tasted defeat for the first time in her five-start career, but she lost no admirers in an incredible performance. The $3 favourite appeared to lose all chance when she missed the start badly, sitting half a dozen lengths adrift of the rest of the field after the first 100 metres.

Levante was still at the tail of the field coming up to the home turn, facing an uphill task on a day that appeared to be favouring horses racing closer to the pace. But she weaved through narrow gaps and powered home down the straight, passing nine horses and coming up just short of a stunning victory. The third placegetter was the Riverton raider Lightning Jack, who finished strongly out of midfield and crossed the finish line three-quarters of a length behind the first pair.