Gold Ambition Stays In Own Class 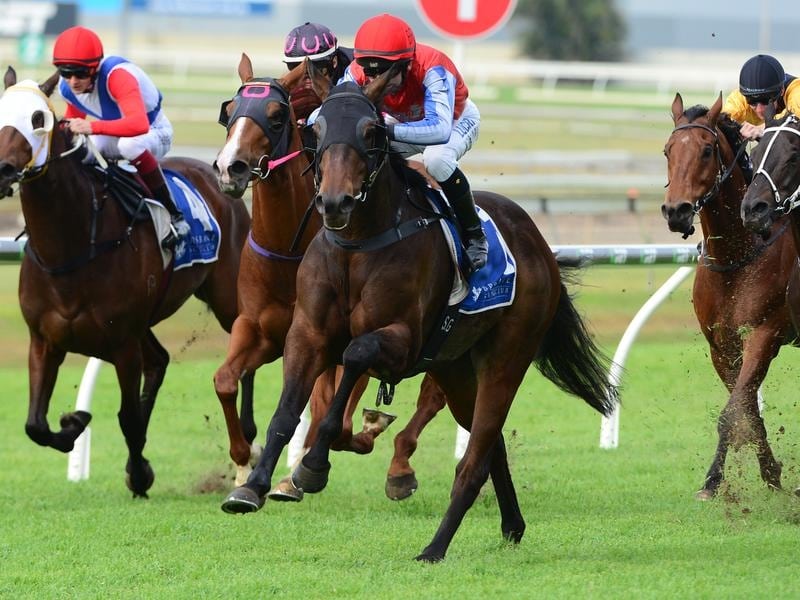 Gold Coast trainer Michael Costa has elected to keep rejuvenated Gold Ambition in his own class as the gelding chases a first Saturday metropolitan win at Doomben.

Costa entered Gold Ambition for the Open Handicap (1630m) and the Class Three Plate (1630m) but has elected to keep the gelding in restricted class for his Saturday racing debut in Queensland.

Gold Ambition has had an unusual career and has been with Costa for four starts after initially being with Bjorn Baker at Warwick Farm.

The now six-year-old gelding scored an impressive win at a Doomben midweek meeting recently when he came from last at the 600m.

It was only his third win in 36 starts after previous victories in a Warwick Farm midweek race in April, 2015 and a Bathurst Class One in January last year.

Despite those modest results, Gold Ambition has performed well in elite class finishing third to Le Romain and Press Statement in the 2016 Group One Randwick Guineas.

“It was a matter of getting Gold Ambition’s confidence back and getting him to the right distance,” Costa said.

Jockey Scott Galloway will again ride Gold Ambition and he is predicting a bright future for the gelding.

“I think he can win a handy middle distance race here,” he said.

Galloway and Costa had plenty of success last season combining for 22 winners and believe the new season can be even better.